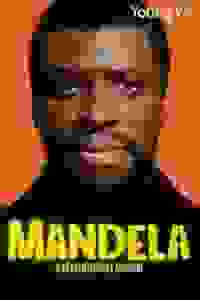 A new musical about the South African anti-apartheid revolutionary and leader, Nelson Mandela.

The story of Nelson Mandela and the 27-year long fight for liberation from a racially oppressive political system.

This new production tells its story using the music and rhythms of South Africa.

A partnership between the Young Vic Theatre, Nandi Mandela, Luvuyo Madasa and the Mandela family.

See it if You want a refreshing take on Nelson Mandela in a musical format.

Don't see it if You struggle with accents, they are very strong here

See it if you love historical emotional brilliance

Don't see it if you want Happy endings

See it if you're interested in Mandela's family story

Don't see it if you expect it to be focussed on the political issues.

See it if you are interested in learning more about the Mandela family through some powerful music and rousing choreography.

Don't see it if you want a coherent plot to follow with clear character relationships and deeper political relevance.

See it if you want to experience a new musical.

Don't see it if You expect to learn a lot about Mandela's life. Story-telling could be more in-depth.

See it if You like musicals with grit and heart

Don't see it if Nothing, go and see it!!

See it if Poor Nelson, the great man not served well with this trite score.

Don't see it if Poor songs and a bad book.

See it if You are interested in the story of Nelson Mandela and his family and want to see some very talented performers.

Don't see it if You are interested in a more in depth look at Mandela life and/ or a more intimate story.

" 'Mandela' had a fascinating and inspirational life, but the musical that bears his name frequently seems barely interested in it. ... it’s a singularly inadequate tribute to one of the great humans of our time."
Read more

"This musical biopic of South Africa’s great unifying leader is a storming celebration of the human spirit and the human voice. ... The entire cast are in full, roaring voice it’s overwhelming."
Read more

"The central performances are as strong as they can be given the material, and both Fiamanya and Luwoye’s voices brim with power, as do those of the chorus."
Read more

"It's an enjoyable evening, full of good performances, and an emotional reminder of what a deeply held belief in people's capacity for change and forgiveness can achieve."
Read more

"Luwoye strikes dignified poses but this visionary is just about as inscrutable as a face on a banknote."
Read more

"There’s no denying the commitment to a ceaselessly important cause that courses through 'Mandela,' but the show in its present form aims to soar only to feel artistically stillborn."
Read more

"As a piece of work, this musical falls short of doing justice to its subject. But it’s worth seeing for the sheer, galvanising passion of the performances."
Read more

" We get a troublingly two-dimensional sketch of an otherwise complex history, both collective and personal. This rich material surely deserved a more grounded and compelling treatment on stage."
Read more