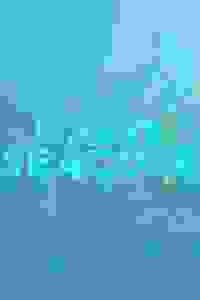 Mary Seacole was the pioneering Jamaican nurse who voyaged to take care of soldiers in the Crimean War. She was a traveller, hotelier, business-woman, and broke the boundaries of what a black woman in the 19th century could achieve.

See it if the history interests you.

Don't see it if you don’t like biopics. Read more

See it if You want to learn more about Mary Seacoles life.

Don't see it if You don't like modern adaptations of 19th century nurse's. You have hearing difficulties. You know about Mary's journey. Read more

Don't see it if You thought it would be about Mary Seacole and her part in the Crimea. The title is "Marys" not Mary!!

See it if You know very little about Seacole. It's not enlightening about their story. You want to see modern commentary & comparison about Big themes

Nonetheless, it does nothing to detract from the fact Drury is one of the most fascinating US playwrights out there. Even her failures would probably have more ideas than most other playwrights’ successes, and ‘Marys Seacole’ is a long way from a failure.
Read more

What holds the piece together, apart from the sheer questing intelligence of the writing, is Latif's controlled direction and a performance of extraordinary range and power from Meikle. Both dignified and comic, doubting and assured, her kindly, thoughtful presence gives this bold, brilliant play its centre and its emotional heart.
Read more

The play makes its bigger point about the racial outsourcing of care for the sick, elderly people and children through satire...It also leaves us with a sense that the figure of Mary Seacole is a vehicle used to explore our current-day issues too nakedly rather than a study of a singular life and its forgotten achievements.
Read more

But there's no denying that Latif, Meikle and their colleagues do a challenging play proud, and that the plural of the title will surely encourage renewed attention, and compassion, towards the Marys Seacole around us in our world right now.
Read more

It feels as if Drury is a draft away from finding the perfect way to make Seacole’s story both literal and metaphorical in the way she wants to, but this is an ambitious evening that lingers in the memory even so.
Read more

Drury’s postmodern play does feel rather like a manifesto made flesh. But it also makes a genuine effort to give us a multifaceted Mary, in all her pain and glory. Instead of a saint or a distant historic figure, she becomes a vivid figure who we must grapple with to make sense of our lives today.
Read more

It’s an all female cast – note the plural “Marys”, an allusion to black nurses, mother/daughter relationships and the nature of care-giving – anchored by the utterly fantastic performance of Kayla Meikle playing Mary Seacole...Despite the frustratingly opaque storytelling, Marys Seacole is really worth a look.
Read more