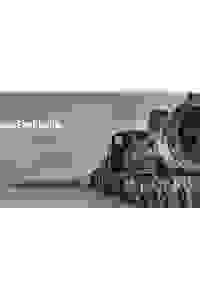 Three forces collide on a Bolivian salt flat. A UK doctor and an American mogul have big plans for the land. In the middle of those battling egos and ambitious plans are the indigenous population. They must choose to whom they will entrust the land they have protected for years. Al Smith was most recently nominated for the Evening Standard's Most Promising Playwright Award for the play "Harrogate". Directed by Hamish Pirie.

Like I say, it’s good entertainment. But its broad, incautious tone rarely feels suited to making a profound or nuanced statement on Anna and Henry’s neocolonialist adventuring.
Read more

It’s bold, current, sporadically funny, fatally ungoverned and exasperating. Is it worth 190 minutes of your life? Ultimately, no.
Read more

The play deserves consideration for reasons other than those being afforded it just now, and one wonders whether Smith will take this opportunity to work on changes that are about more than simply replacing a single letter in someone’s surname.
Read more

After this bad start, and quite a jinxed series of previews, Rare Earth Mettle is even worse on stage than it was on the page...Smith’s writing is disappointingly functional, often banal and uninteresting.
Read more

Ultimately though, Rare Earth Mettle is frustratingly hard to connect with and, in Pirie's uncompromisingly stark production, proves as dry as the salt flats on which it is mainly set.
Read more

Rare Earth Mettle has enormous scope, but it tries to do too much...It’s incredibly smart, but there’s not quite enough heart.
Read more