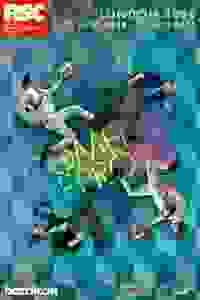 View in admin
The Comedy of Errors (Barbican)
London: Barbican
67
Score it Scored!

The Comedy of Errors (Barbican) London Reviews and Tickets

One of Shakespeare's earliest written plays charts the story of two sets of identical twins, separated at birth and brought together by unusual circumstances.
Directed by Phillip Breen, this production of 'The Comedy of Errors' transfers to the Barbican following its summer season in Stratford-upon-Avon.

Breen’s production is serious about being funny, which means each scene is carefully designed to squeeze every inch of laughter out of its audience.
Read more

But the play’s a thin vehicle for all this plush furnishing and for a short piece, it has a long runtime. I was impressed by the talent and energy on display but I found myself wishing they’d picked a different play to lavish it on.
Read more

There are plenty of laughs and lots to look at, and if you concentrate very hard this noisy, busy Comedy of Errors helps drown out the existential doubt for a couple of hours.
Read more