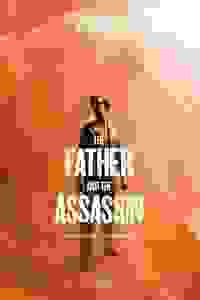 View in admin
The Father and the Assassin (London)
London: Waterloo
86
Score it Scored!

The Father and the Assassin (London) London Reviews and Tickets

Mahatma Gandhi, the Indian lawyer, politician, social activist, and writer, became the leader of the nationalist movement against British rule in India.

'The Father and the Assassin' charts the life of Nathuram Godse, a man who was once a devout follower of political and spiritual leader Gandhi but became an embittered and dangerous man.

Director Indhu Rubasingham ('The Great Wave') reunites with playwright Anupama Chandrasekhar ('When The Crows Visit') who last worked together on 'When the Crows Visit'.

See it if you don’t know the subject matter.

Don't see it if you can’t hold still for 2.5 hours. Read more

See it if you want a detailed historical play that’s brilliantly acted from start to finish- though slow and in depth sometimes to it’s own detriment.

Don't see it if you can’t sit through a fairly serious 2.5 hours, though the acting and the surprising injection of humour will make it easier to swallow.

See it if You like a new view on history with heart, humour and grit

Don't see it if Violence offends and history not your thing

See it if You have an interest in the British Empire, Indian history or the impact of past events on the modern day.

See it if Fascinating insight into the assassination of Gandhi exploring his assassins background and the e ents that led up to partition.

Don't see it if Historical insights dont interest you.

Don't see it if You don’t enjoy playwrights taking artistic liberty with historical characters. If you don’t like “villain“ narrators.

The play is heavy on exposition but oddly short on dramatic substance. At the end, I felt I’d had a lot of history explained to me, rather than being immersed in it.
Read more

This is a fascinating, important evening, with valuably shaming moments of British imperial brutality ... Yet overall, it has the feel more of a useful dossier than an edge-of-your-seat drama
Read more

It's all cleverly paced, caring about detailed moments, quiet scenes, as well as the larger swell of events. It's a supremely assured cast, bringing to life a complicated story in a play that proves the value of history for understanding today.
Read more

“I did not want the play to be a history lesson,” Chandrasekhar writes in the programme, but The Father and the Assassin is exactly that. I was left unpersuaded that a history lesson, however necessary, had sprouted into a fully functioning play.
Read more

[The] text is a little arch in places, with much of the show passing in a flurry of neat scenes broadly summarising significant developments across the subcontinent. Director Indhu Rubasingham handles the play’s grand scope and serious themes with great flair.
Read more

Chandrasekhar is clear that she is not interested in presenting "a history lesson ... [but] there are times when this does feel like an excursion into history.
Read more

Anupama Chandrasekhar artfully unpicks the forces of history with a tale of violence and colonialism that echoes into today. It needs a powerful actor to hold the centre as Godse, and in Shubham Saraf it gets one.
Read more