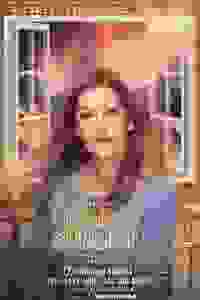 A light-hearted comedy in which a former sci-fi actress, Marianne, confronts her past. A play filled with nostalgia which touches on the nuances of relationships in the LGBTQ+ community. Starring Marina Sirtis who makes her West End debut in the title role.

The odd line lands, but without more story to hold its preoccupations together Dark Sublime is about two hours too long. Stick with Galaxy Quest.
Read more

It’s also refreshing to see an emotionally complex relationship between two older women given such prominence, but this overstretched play is at its best when looking at fan culture in an un-cynical way.
Read more

sci-fi tribute is less rocket, more Reliant Robin...Navigating the script is a bit like going in a car with a driver who's just passed their test.
Read more

Sirtis, as Marianne, is genuinely moving as a near-forgotten actor whose star is on the wane...Andrew Keates directs with a palpable sense of mischief and affection.
Read more

Ultimately, Dark Sublime manages to be a both light-hearted and serious foray into the world of fandoms which gleefully unpacks the experience of attraction and rejection.
Read more

It’s a bold play, nevertheless, with many laugh-out-loud moments, and will surely appeal far beyond the expected sci-fi fan base.
Read more