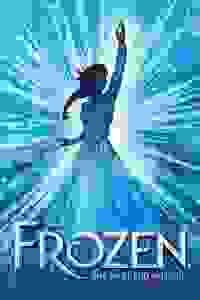 Disaster strikes when newly crowned Queen Elsa does not know how to manage her magical powers and a perpetual winter descends on the town of Arendelle. Queen Elsa runs into exile and her sister, Anna, sets out to find Elsa, bring back summer and save their beloved kingdom. A family-friendly musical about adventure, bravery and love.

See it if you loved the film and want to see it brought to life- with a few changes, some great staging and lighting and the ever wonderful Sam Barks.

Don't see it if you don’t like the film or you want an engaging story that doesn’t neatly pack itself in to classic Disney tropes. Read more

See it if you want to see the film recreated EXACTLY on stage, with a few minor embellishments.

Don't see it if you love the theatrical juiciness of the LION KING which revels in the metaphorical power of live stage work.

See it if you love the original film and want to see extra songs and back story. I love the new song “monster”.

Don't see it if you’re going to want to sing along. Go to Disneyland for that. It’ll be a lot more fun for you and everyone around you.

See it if you like the Disney movie. It's exactly like that with a few additional songs. Great to see the characters live on stage. Amazing sets.

Don't see it if you think you've heard "Let it go" enough times for a lifetime. Although you should still see this one.

See it if If your a disney fan you will love this show! So much fun, Orchestra sounded great, costumes were stunning and singing was great!

Don't see it if Your not a disney fan. Or if you want the story and songs to be the same as the movie.

See it if You have little kids and enjoy frozen

Don't see it if If you don’t like kids, whilst it is sweet they chat through the whole show and some of the staging is… strange

Don't see it if You don't like hows too twee

Don't see it if You are neither of above and what’s with the sauna bit !!!! Confused you will be

This isn’t ‘Frozen’ for adults, a dark new take on ‘Frozen’, or a radical reinvention by spectacle like ‘The Lion King’. But it’s a thoughtful, attractive and human spin that manages to balance a Drury Lane-size spectacle. If the film is a pre-school classic, the musical is maybe a couple of years more grown-up.
Read more

The production takes a few scenes to come into its own. Gradually, however, it grows to become its own magical thing. Barks’s performance ... is a far more emotionally expressive princess than in the film. The Oscar-winning power ballad Let It Go grows in strength here, saturated with emotional drama.
Read more

This isn’t a radical revamp, nor does the core Frozen audience want one. But, even if it plays it safe, Michael Grandage’s handsomely mounted show is still an impressive, twinkling spectacle with a sincere drama at its heart.
Read more

The script ... is serviceable, if not overly adventurous – it ... does little to deepen the characters. The same goes for the new music ... for the most part, it’s filler. Stephanie McKeon’s Anna is delightfully gutsy ... and Samantha Barks as Elsa is both ethereal and commanding.
Read more