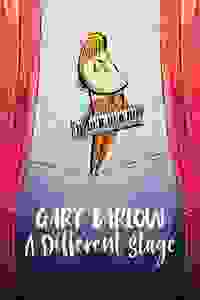 An evening with 'Take That' star, Gary Barlow, as the singer-songwriter reflects on the highs and lows of his life and music career.

Gary Barlow is a British singer, songwriter and producer. He is best known for being a member of the band ‘Take That’. In 2012, he was awarded an OBE for services to the music industry and charity. Barlow was also a talent-show judge on television series: ‘The X Factor’ and ‘Let It Shine’.

See it if You're interested in hearing about the highs and lows of Gary Barlow's life (and you like Take That songs!)

Don't see it if You prefer shows where you just sit and watch - this is definitely one which gets people up and dancing.

See it if you want to know more about the star that is Gary Barlow, a great insight into his life and music.

"Take That fans will find much to love here. Neutrals like me may find themselves feeling kept at arm’s length...It’s an entertaining, sometimes amusing, sometimes moving, yet slightly too stage-managed evening of self-revelation."
Read more

"It’s not just the whooping Take That fanatics in the crowd who are wowed. He truly is one of the great popular composers of our time, and, as his nostalgic, funny and ultimately triumphant show proves, a strong storyteller too. This is Barlow’s well-earned moment to shine."
Read more

"The main issue with the show isn’t so much the script as the notable lack of songs. There are snatches of the big hits thrown in here and there... It seems almost counter-intuitive that he doesn’t play to these very obvious strengths."
Read more

"Barlow pretty much pulls off an impressive balancing act between self-aggrandisement and self-consciousness... Peppered throughout the night are, of course, the mighty tunes that made Barlow what he is. You'll be humming your favourite Take That track all the way to the nearest tube station."
Read more

"Both heavy hitters in the world of theatre and music – have been given relatively little to do in a show that feels like a dressed-up conversation rather than something genuinely dramatic."
Read more

"Unlike most theatre shows this one never outstays its welcome: there are no boring bits, and none of the usual theatre watch-checking moments, not even for the long-suffering husbands who get dragged along."
Read more

"At the end of what was something of a rollercoaster, this unusual show finished on a high note."
Read more