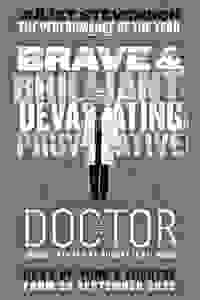 View in admin
The Doctor
London: West End
Score it

The Doctor London Reviews and Tickets

Set in a private hospital, 'The Doctor' follows a patient who is fighting for her life. A conflict arises between her doctor and a priest who seeks to save the patient’s soul.

Nominated for two Olivier Awards including Best New Play. This production is recommended for ages 14+.