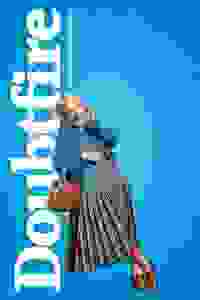 Voice actor Daniel Hillard has lost his job, his marriage, and his kids. Desperate to find a way to remain in their lives and with the help of his make-up artist brother Frank, he disguises himself as Euphegenia Doubtfire, a Scottish nanny with a big heart. As Hillard spends more time in his new body, he learns about what it means to be a father. Directed by Jerry Zaks and starring Rob McClure.
Read more Show less
Buy tickets from $119 on TodayTix

See it if Very entertaining whether you are familiar with the movie or not. Rob McClure and cast are excellent.

Don't see it if You don't want to have a good time. This a very fun night out.

See it if You enjoy big Bway musicals. Super fun. Excellent performances. Good message. I liked it more than I thought. Had an amazing time.

Don't see it if Much better than your average movie adaptation show. Great job updating it for today. Most people will enjoy this!

See it if You liked the movie. A fun fresh update to the movie with some great flashy musical moments that never lose the heart. Rob McClure shines!

Don't see it if You’re expecting theatre that’s going to change your life. This is a bit more than what I’d call fluff but it’s not exactly rocket science. Read more

Don't see it if If you do not like fun musicals

See it if you appreciate: a demanding performance by McClure; a great representation of the Love is Love message; great choreography and orchestration

Don't see it if you do not like fluffy musicals where you won't be humming the songs and that have parts that border on silly.

See it if Such a fun and funny show! Rob McClure is amazing and will win the Tony.

Don't see it if You are not looking for silly fun. This is an easy show to like and I recommend it for anyone.

See it if A fan of the film & want a fun, professional B'way show with a great lead actor & great supporting cast, pleasurable music, decent dancing.

Don't see it if Don't like traditional splashy musicals, esp. those based on films; want your musicals to "say" something, want memorable music

See it if You love the movie, or want to see a funny, lively, heartwarming family musical, with an outstanding lead performance.

Don't see it if You hate the movie or really dislike screen-to-stage musical adaptations, even though this is relatively faithful to the film.

"But the director Jerry Zaks’s ambivalent production tries to have it both ways: The story of a playful man-child with whom we empathize but whose good intentions can’t excuse his machinations. The film pulled it off at the time, primarily thanks to Williams’s charms. McClure’s Daniel, though, is more irritating than entertaining, and his antics — which include hacking into his wife’s email account to sabotage her nanny search — are more creepy than kooky."
Read more

"Have I seen the new Broadway musical Mrs. Doubtfire? At this point, I am fairly confident that I have; ask me in three months, and I’m not sure what I’ll tell you. This pleasant and forgettable show at the Stephen Sondheim Theatre is the epitome of what Sondheim (citing his friend Mary Rodgers) called a “Why” musical: “a perfectly respectable show, based on a perfectly respectable source, that has no reason for being.” Mrs. Doubtfire hopes to draw on audiences’ residual affection for the 1993 Robin Williams film comedy, in which a divorced dad named Daniel disguises himself as a hearty old Scottish nanny so he can spend time with his kids. We’ve already had musical versions of Tootsie and Mary Poppins; now we have the hybrid we never knew we needed and, as it turns out, we don’t."
Read more

"So the show’s pleasures ebb and flow. I will say, I assumed that I’d find Mrs. Doubtfire dated and passé. Yet there’s a central proposal in it that is still radical. If you’ve read anything about the numbers of women leaving the workforce, the uneven burden placed on mothers, the crisis of underpaid child care and unpaid domestic labor, you know that Mrs. Doubtfire is still a utopian dream."
Read more

"But even in the belabored tradition of screen-to-stage musical adaptations, “Mrs. Doubtfire” is doggedly risk-averse, opting for handsomely outfitted, faithful simulacrum over reinvention or surprise. “Hairspray” it is not."
Read more

"The amount of talent behind the high-spirited, very sporadically fun Mrs. Doubtfire is undeniable, from the creators of the low-key brilliant Something’s Rotten!, the legendary director Jerry Zaks, and MVP star Rob McClure, whose quicksilver vocal impressions and comedic shape-shifting more than rival the same attributes that made the movie’s Robin Williams a comedy icon. Yet all of that combined know-how can only serve to shine and polish a creaky machine that probably should have been junked and sold for parts well before its arrival on Broadway."
Read more

"But McClure’s gifts — robustly on display in the musical that marks its official opening Dec. 5 at the Stephen Sondheim Theatre — don’t include a radiant star element. It’s a wholly admirable, workmanlike performance: technically impressive if not charismatically embraceable. “Mrs. Doubtfire,” then, directed by Jerry Zaks — a pro with an innate sense of farcical mechanics — feels like an erratic musical-theater equivalent of a tribute band."
Read more

"McClure is practically selling us a timeshare with his spastic, overeager performance. I can’t deny it’s technically very fine — he does funny voices: Gollum, Borat, Yoda — and jumps around like the stage is actually a trampoline. His high energy grates, though, and doesn’t get enough laughs to warrant acting like he’s on a two-and-a-half-hour coke binge."
Read more

"A good time for all ages, despite our beloved, battered Broadway, is exactly what the audience-friendly, warm-centered, modestly scaled “Mrs. Doubtfire” delivers. In other seasons, this show might have looked like more of the same. Fair enough. It’s retro. It’s old-school musical comedy. It’s no font of formative innovation. But this year, the breadth of its target demographic stands out. Certainly, it’s the best current choice for families visiting the city and looking for a fresh show to see together. This superbly cast musical has been given a whiz-bang farcical staging by the wily old maestro Jerry Zaks, who has installed more physical shtick, especially from the droll ensemble, in almost any show since “The Producers.”"
Read more