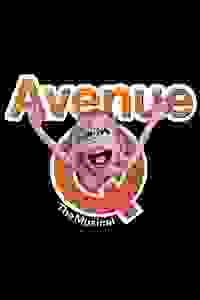 This grown-up musical comedy stars a cast of humans and puppets, and tells the timeless story of a bright-eyed college grad named Princeton. When he arrives in the city with big dreams and a tiny bank account, he has to move into a shabby apartment all the way out on Avenue Q. There he meets Kate (the girl next door), Lucy (the slut), Rod (the Republican), Trekkie (the pervert), superintendent Gary Coleman (yes, that Gary Coleman) and other new friends. Together, they struggle to find jobs, dates, and their ever-elusive purpose in life.

See it if you like hysterical fun, un-PC jokes. Original concept.

Don't see it if you don't care about profanity.

See it if You've never seen it before.

Don't see it if You don't like crude humor

Don't see it if You're a republican. Read more

See it if you've never gone before. It's beautifully staged (you'll feel like the puppets are real) and entertaining. Fun songs that are well-sung.

Don't see it if you HAVE gone before. The show feels out-dated. It's still cute, but dusty. Try something new.

See it if you like different kind of theater. love the dolls incorporating into play. Like the actor interaction with the audience.

Don't see it if you don't like cursing or sexual innuendos.

See it if you want some light entertainment with current references.

Don't see it if you do not like puppets.

See it if Feel-good comedy about 20-something NYers finding their way. Multi-talented performers act, sing, and puppeteer. Pleasing songs.

Don't see it if The themes and characters may have been fresh when this won the 2004 Tony. They are now so familiar that the show has a dated feel.

Don't see it if You don't like puppets under any circumstances, uncomfortable with risqué or honest modern dialogue, can't suspend belief or pay attention

"They may have no legs of their own, but darned if those fuzzy creatures aren’t still standing, long after more full-bodied competition has bitten the dust...And they remain surprisingly fresh (in all senses of the word), even for someone who, like me, has now spent many hours in their company."
Read more

"Of all the musicals hatched in the post-2000 age of irony, this cheeky satire of children’s television shows like “Sesame Street” has arguably remained the freshest and funniest. Returning to its Off Broadway origins, the 2004 Tony winner shows no discernible signs of downsizing and no loss of heart."
Read more

"The show remains both fresh and timely—I know plenty of twentysomethings who are having at least as much trouble getting work as did their older brothers and sisters—and its digs at political correctness are, if anything, even more pointed today. I enjoyed it every bit as much as when I first saw it on Broadway six years ago. So will you."
Read more

"The real staying power of this uproarious show is demonstrated by how well it holds up year after year. I was lucky enough to see the show with the original Broadway cast, and now, seeing it again a decade later, I’m impressed by how well-written, funny, and relevant 'Avenue Q' still is…If you haven’t had the pleasure of seeing Avenue Q yet, you’re in for a treat. Aside from the debauchery, 'Avenue Q' actually has a lot of heart."
Read more

"The concept of puppets (operated by actors in full view of the audience) having romantic problems and bills to pay just like people not made of felt still raises guffaws. The new cast doesn't have quite the same degree of polish as the original, but..."Avenue Q" is still one of the hippest theatrical destinations in New York."
Read more

"Avenue Q is like Sesame Street for adults, it's great. Did you see it when it was on Broadway? No? That's okay, because this holds up. It's not too late, you should check it out."
Read more

"'Avenue Q' still makes me chuckle to the point of tears just as it did six years ago...It’s brilliant. Presenting this very adult story as an homage to children’s entertainment not only drives home the point that we all have to grow up at some point, but also provides unique storytelling opportunities. Although 'Avenue Q' is a well-oiled machine at this point, the cast is still having fun, the direction is tighter than ever and the music is still remarkably good."
Read more