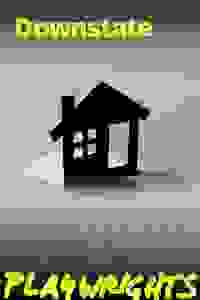 A victim of abuse confronts his abuser, living out his days in a group home, after serving jailtime.

At a registered address in downstate Illinois, four men convicted of sex crimes share a group home where they spend their time after being released from incarceration.

When a man shows up to confront his childhood abuser, the lines between justice and retribution begin to blur. This thrilling, provocative new play from Pulitzer Prize winner Bruce Norris puts a focus on the limitations of empathy and forgiveness.

See it if You like smart topical plays that don’t talk down to you but quite the opposite, may show you sides to a topic that you’ve never considered.

Don't see it if You don’t like to be challenged. If you want a fluffy piece of theatre that doesn’t make you uncomfortable in any way or make you think.

See it if Victim confronts abuser in a houseful of abusers. No one wins. You can't get satisfaction from someone else. Good characters & acting.

Don't see it if With such great show-scores, I felt I had to see it despite the subject matter. But it was unpleasant, and I didn't learn much.

See it if you like a drama with great acting and writing about predators of children and a meeting of a victim with his abuser.

Don't see it if you don't like talk of child abuse and discussions involving rape and sodomy. Do not bring the kids. Read more

See it if Well written dealing with abuser living in a group home.

Don't see it if strong subject matter sexual abuse, suicide, not for everyone.

Don't see it if You don't care to see what sexual abuse can due to the abuser and/or the abused.

See it if You want to see the best piece of theater in the last five years. There isn’t anything even close to this that’s playing right now

See it if you like intelligent, thought-provoking theatre. A great play performed by an excellent ensemble cast.

Don't see it if you prefer lighter fare like musicals.

See it if A brilliant play that takes place in a halfway house for sex offenders; guilt, accountability, self-deception, legal system failures

"Bruce Norris’s “Downstate” is the kind of play that takes over your body gradually. Its tension seeps into your limbs, settles tautly in your solar plexus and does not leave. Out on the street after the performance, your every synapse remains on high alert."
Read more

" 'Downstate' is in no way a paean to pedophilia, but it prompts us to examine our vengeance, and that’s a lot to ask. It is touching in ways that make us uncomfortable to be touched...Brace yourself, and see it."
Read more

" 'Downstate' wants to make you sit in discomfort as long as possible and see what lies on the other side."
Read more

"Engaged viewers may find themselves feeling that their moral compass has gone haywire...it’s not the violent denouement that is likely to remain with you, but the infinite shades of gray that Mr. Norris infuses into the play."
Read more

" 'Downstate' is a difficult play about difficult subject matter...but the play seeks to do something different, more complicated and morally challenging."
Read more

"Take a deep breath and try to ruminate calmly on the position playwright Bruce Norris takes in his scintillating new play...'Downstate' is proof positive that you can love a play that turns you inside out."
Read more

"Norris has written a complex and compassionate play, but not a preachy or judgmental one. The audience is never pushed to forgive or condemn, but rather to evaluate."
Read more

"It powerfully reclaims the stage as a home for dangerous ideas, a place where the thoughts we would rather ignore confront us — not with startling moral clarity, but sublime doubt."
Read more