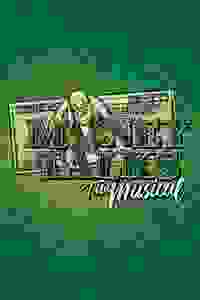 Inspired by the writings of Ben Franklin and the play 'La Ronde,' this world premiere musical comedy is a fast-paced, madcap romp filled with life, liberty, and laughs for all.

They say money talks…and this money has a lot to say! As the man on the $100 bill, Ben Franklin is not pleased by what he sees in America today and he’s done keeping his mouth shut. Over the course of this 90-minute musical, Ben is passed from a hedge fund manager, to a stripper, to a judge, to his mistress who’s a nun to…well, you get the idea. Armed with a lifetime of famous sayings, Ben must convince everyone to change their priorities before it’s too late.

Don't see it if you want a coherent statement: is $ good, bad? Is MT political or financial?Some of Ben's mottos get mumbled. Some stereotypes dated/offend. Read more

See it if The singing and acting are very good. Sandra DeNise makes attention center on her whenever she is on stage and is worth the admission price

Don't see it if The book is awful. The music and lyrics are C+/B. You want more than simple.light entertainment.

See it if for a very creative, fun evening with plenty to say about the world of greed and how it affects us all.

Don't see it if If you want to see a non-political musical.

See it if you want to be reminded of the role that money plays in our lives, as well as Ben Franklin's inventions /maxims. Clever use of video screens

Don't see it if you want a serious Sondheim-like musical. The snappy songs and clever lyrics can remind you that money does make the world go round.

See it if You know the performers or your home isn't air conditioned.

See it if You are open to being entertained by a fairly talented cast....with some clever songs, and don't mind a less than professional production

Don't see it if You have no tolerance for a slightly amateurish production in a very tiny theater....despite some fun lyrics and some good performances.

See it if Want to see a cast of 4 work hard to represent many. Like Benjamin Franklin quotes. Want a simple story to follow.

Don't see it if Want a polished show with a large ensemble. Read more

52
Not reliable, they canc too many times last min,

See it if You don't mind lady min being canceled

"While the new musical isn't of Broadway caliber, there's a lot to like about both the book and the score...The greed and money woes in the scenes are predictable, and there's nothing particularly enlightening about what Franklin or the other characters say. But it's entertaining to watch the founding father try to navigate through the modern world...Three of the cast members, including Byers, have appeared on Broadway, and they all do a respectable job with the material."
Read more

"Coherence isn't a big priority at 'Money Talks'...Think of it as the hard-currency version of 'La Ronde'...What follows, however, is so lame it hurts...Under the direction of Gosselin, the cast moves as fast as humanly possible through this welter of stale ideas. Friedman's melodies are frequently pleasant...'Money Talks' is a classic summer silly season offering, the sort of entertainment that leaves theatregoers scratching their heads and wondering how such things manage to get produced."
Read more

"Watching this quartet courageously give 100% as joke after joke thuds as the show plods on is inspiring. However, their professionalism is not enough to rescue 'Money Talks' from tedium. Peter Kellogg’s book is a collection of superficial sketches that has its stock characters caught in a series of clichéd predicaments...Kellogg’s facile lyrics are no better...The concept is sound but it’s so devoid of wit, charm and successful humor that it’s interminable."
Read more

"The overall tone of the show is silly, lighthearted, and amusing...The music is fun and enjoyable without being memorable...The concept has great potential, but the execution is uninspired and disappointing...'Money Talks' has strong performances and a lot of heart...But overall the production falls flat. Much of the humor feels clichéd and oversimplified, and the characters are so one-dimensional that there is little to invest in."
Read more

"A superficial series of songful sketches...If the characters Ben encounters had some substance, we might not mind his being paper thin. But they don’t, and we do. Caldwell and Merrick both sing well and try their best, with varying success, to breathe life into characters who tend to me one-dimensional stereotypes. DeNise fares better...Gosselin directs efficiently, but his choreography seems amateurish...Friedman’s score is bland, and Kellogg’s lyrics strained."
Read more

"The authors undoubtedly wanted this to be a better musical. Their premise is funny enough, and their hearts are in tune with Manhattan audiences at this cultural moment...Kellogg's book feels to be still at the workshop stage. Most of the characters are ciphers; some are offensive stereotypes. Much of the dialogue is predictable and several scenes border on the hackneyed. 'Money Talks' is a timely entertainment that would benefit from more time in the making."
Read more

“‘Money Talks’ has yet to jell fully…What feels lacking is a sense of clear choices…Friedman‘s music is really good, with some terrific, witty songs…‘Money Talks’ has the bones of a really good show, especially with regard to the talented cast…It is a timely message ‘Money Talks’ delivers with a light hand and endearing humor. It would be great for everyone to hear it, if the production could just get out of the way of the material.”
Read more

"Closer in tone to 'Spamilton' than 'Hamilton,' this quaint little show spreads its wings from time to time and when it does, it soars...Friedman’s melodies, along with jaunty, frothy lyrics from Peter Kellogg help to create a quick 90-minute romp...Briskly directed by Michael Chase Gosselin...The four-person ensemble is game, capable and very likable...Not for those who are looking for deeper context or thematic structure; this is old-fashioned, good-hearted fun."
Read more