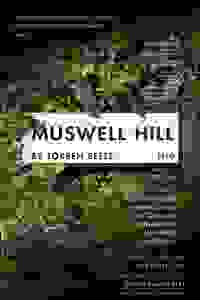 The Barrow Group and The Pond Theatre Company present this black comedy about friends discussing their day-to-day worries while a natural disaster is occurring halfway around the world. More…

One night in January 2010, an earthquake in Haiti leaves around a 100,000 people dead and almost two million homeless. Meanwhile, somewhere in a leafy North London suburb, a group of six individuals convene over avocado and prawns, followed by a monkfish stew. They struggle with worries over their mortgages, their mobile phone fees, their Facebook friends, their careers, their love lives, their diets, their alcohol intake, their holiday plans, and whether or not any of them will be able to make any lasting impression on history.

See it if you enjoy British drama about contemporary people and problems; you prefer dialogue to action; you don't mind the mash-up of faux accents

Don't see it if you want something with action that doesn't remind you of every boring dinner party you may have attended.

Also In spite of the problems of accents and likability of the characters, I found this show engaging. The older lover did overact quite a bit, the younger sister was perhaps a bit over the top, but all in all the a c ting was good and the plot, such as it was, drew me in.... Read more Read less

See it if you enjoy stories about dysfunctional relationships of all kinds: marital, familial, or with friends. Read the English to US vocabulary.

Don't see it if you are uncomfortable with unusual, unhappy or difficult relationship portrayals.

See it if Everything about this show was done professionally, to very high standards. If you love British sensibilities you'll love it.

Don't see it if If you want a play where the characters are required to change - either through self-realization or outside forces.

Also My lower rating was because the play is just not my cup of tea. It is funny and engaging and the actors are wonderful, but, even when the characters' shells are stripped away, they remain exactly the same people. Probably very realistic in many cases, but just doesn't excite me.... Read more Read less

See it if the "funniest most awkward dinner party ever" intrigues you. Great comedic acting. Great ensemble piece.

Don't see it if strange stagings is not your thing. It's quite funky, with two "center" rows and large side sections. That was my only dislike of the show

Also There was a cast talkback after the show (11/12) which gave us more insight into the show. Loved that!... Read more Read less

Don't see it if you're not cool w/poking fun at serious subject-matter. Bit slow at first but then grows continuously humorous AND serious at the same time.

Dinner-party that's awkward... even before the first guest arrives... continues to grow weirder as the evening progresses, finally reaching it's apex (a few actually), quickly deflating in tiny hints of resolution. Maybe not riveting, but it's absorbing enough that you actually want intermission to end (look, I love me an intermission) so you can get back into the messy party guests' personal affairs.

We found ourselves surprisingly interested in what might happen to each character as the dinner-party rolled along. That's how strong the acting is amongst the 6 performers (after only the 2nd night).

Thankfully, the whole thing is not wrapped up at the end in a pretty box with a big bow. Very happy that the ending was NOT cleaned-up and polished for us, like many endings CAN be.

Highly recommend, and would definitely consider seeing it again a few weeks after it opens officially.

284 reviews
Get Alerts Alerts On Alerts Off
During previews
68
It's like spending time with people you can't stand, At least a half-hour too long, Excellent performances, Overall not a satisfying experience
November 13th, 2017

See it if You love English drama and enjoy seeing dysfunctional relationships.

Don't see it if You lose patience when characters blather on.

Don't see it if You want something that moves at a clip. You dislike empty stage time or slightly unnecessary transitions.

See it if you''ll enjoy a show with a good script, especially intelligent, believable dialogue, which is,for the most part, very well acted.

Don't see it if you dislike "talky" plays and/or plays about disfunctional people, marital/relationship discord.

Also I saw this on the first night of previews. One minor quibble--the accents were all over the place. It's set in London and some of the cast tried for--or have-- British accents while others did not. (It was a little odd when one character raved about the chance to visit the US while speaking her part with a thoroughly American accent. ) I think one actor overacted a bit--he played the role of the older lover and IMO his performance was the weakest. At one point, he and another actor got into an argument about which had the more working class origins. I almost started laughing--the actor doesn't come across as working class in the least.

Two performances were, IMO, exceptionally good. These were from Colleen Clinton as Jessica and Richard Hollis as Simon.

All in all, well worth seeing!

See it if You want to be at that weird party with strange guests. Well acted.

Don't see it if You want more than a slice of life show. No epiphanies here.

247 reviews
Get Alerts Alerts On Alerts Off
During previews
50
Cliche-ridden, Self-conscious
November 11th, 2017

See it if Was there a point? I don't know. I stopped looking for one pretty early on. Performers were all good and tried hard.

Don't see it if You could just go hang out with a bunch of friends and listen to their boring, inane banter for free instead.

Also Re: my first comment - I think the playwright forgot that he was going to make a point pretty early on in the writing of this play.
Re: my 2nd comment - your friend's conversation would probably be more interesting, smart and funny. And you'd take something away from the experience.
... Read more Read less

Don't see it if You like story lines that are focused. This play needs some focus to get to the next level of precision.

Don't see it if You don't like actors speaking with accents

John 74
New York City
65+ | Male
209 reviews
Get Alerts Alerts On Alerts Off
During previews
68
Disappointing, Excruciating, Disfunctional types behaving badly; meant to be satirically amusing but irritating and boring to me.
November 14th, 2017

See it if You automatically like anything done with English accents and would enjoy the subtle ridicule of characters you can feel superior to.

Don't see it if Like me, you find screwed up self involved people at their worst NOT satirically amusing but an irritating bore.

See it if You are interested in how bourgie Brits are like Bourgie Americans and how they differ from us. Amusingly exaggerated irritating characters.

Don't see it if You want to like the characters onstage. These people are tiresome.

Also It was only the first preview. I had a couple laughs but my mind wandered. I wish I'd read the glossary before the performance. Often didn't know what characters were talking about.... Read more Read less

See it if Live goes on as a global disaster occurred might be the play's theme ? The cast makes the characters interesting despite a rather odd dinner

Don't see it if A couple invites over some odd friends and family. Everyone comes with their own personal luggage while drifting in & out of the kitchen.

See it if you like naturalistic slice-of-life comedies with dramatic underpinnings performed expertly by a finely tuned ensemble. Intimate theatre!

Don't see it if you like broad and fast comedy. This thoughtful show unspools at its own pace and relies on your own perceptions to parcel its subtleties.

See it if In the midst of human tragedy, small talk in a kitchen bubbles over when the pot is stirred too quickly. Edgy, relevant, thought provoking

Don't see it if You get easily on edge when secrets, lies and raw truth are exposed. Intense

See it if for contrasting characters, their views and social deterioration as the evening wears on

Don't see it if you'd like more depth; it covers the superficial layer of the arguments; depending on seat location, dialogues are difficult to hear

Don't see it if You want something more subtle and well written. The playwright screams his political thoughts through a drunken character close to the end

Also I normally would be interested in a play that puts the wealthy in their place. But this was just not well done at all. At one point a white character screams out “i’m more black than anyone in this room, while there’s a black man right next to him.” Also the playwright seems to be going for the white people don’t have real problems and yet writes characters who actually do, despite the higher class they’re in. I’m really not a fan of the narrative that someone’s problems don’t matter because other people have it worse....... Read more Read less

See it if you like to eavesdrop on British conversations in vignettes- among troubled adults in a private party in a nicely put on stage apt. kitchen.

Don't see it if you want a feel good experience. This is like coming to a party you want to get out of asap - as the company is more pressure than pleasure.

See it if You like character driven play w/decent ensemble, some funny exchanges, some quirky characters, slow start, 2nd half better

Don't see it if You get bored with a lot of dialogue and little action, characters and their dysfunctional lives not terribly interesting

See it if You like British dramas and good acting!

The Pond Theatre Company
Producer
Get Alerts Alerts On Alerts Off 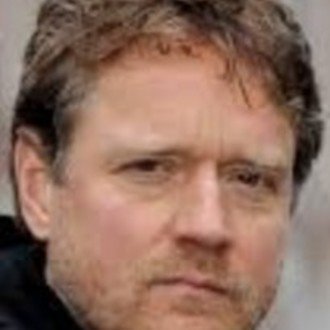 Torben Betts
Playwright
Get Alerts Alerts On Alerts Off 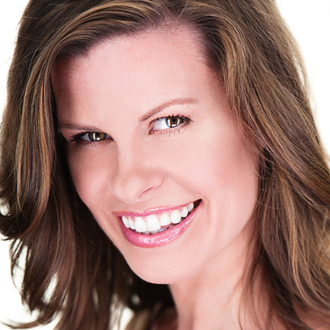 Shannon Patteron
Director
Get Alerts Alerts On Alerts Off 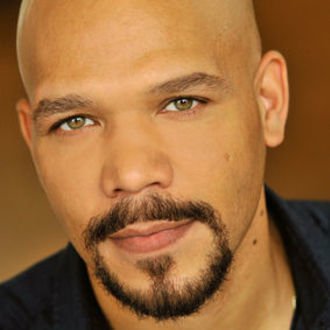 Jason Alan Carvell
Mat
Get Alerts Alerts On Alerts Off 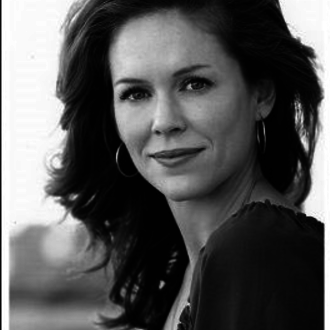 Colleen Clinton
Jess
Get Alerts Alerts On Alerts Off 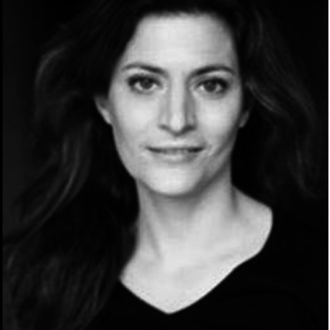 Lily Dorment
Karen
Get Alerts Alerts On Alerts Off