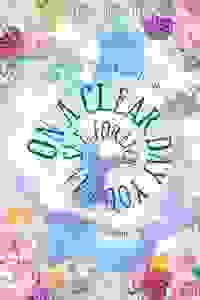 View in admin
On a Clear Day You Can See Forever
NYC: Chelsea
76
Score it Scored!

The Irish Repertory Theatre presents a new adaptation of Burton Lane and Alan Jay Lerner's classic musical, a comic drama about love and past lives.

Daisy Gamble is a woman of extrasensory talents – she sings and flowers bloom, and she always knows where you’ve placed your keys – but it’s her smoking habit that leads her to Dr. Mark Bruckner, a psychiatrist who will attempt to hypnotize her addiction away. In Daisy, Dr. Bruckner discovers the case – and perhaps the love – of his life as he unlocks Daisy’s past self, an 18th century British aristocrat named Melinda Welles. Mark becomes increasingly enamored of Melinda as he watches her relive her great love affair with Edward Moncrief. All is going well until Mark decides to publish his findings, and Daisy realizes she’s been unwittingly along for the ride.

Don't see it if you want a polished productn. Choreography's lame, book's outdated, costumes meh, some songs subpar, but I enjoyed it! Not mic'ed (a plus).

See it if this was a huge disappointment. The story is quite different from the movie in a very inferior way. Such low energy production.

Don't see it if Actors really didn't seem to care. Seemed more bored than the audience. Singing was subpar. Choreography was embarrassing​ at times.

See it if I really tried hard to come up with a reason and I can't. Watch the movie at home instead.

Don't see it if Everything about this production is bland. The leads have no passion or fire. Very low energy. No creativity & completely boring.

See it if You’ve never seen this show, this is an ok production. If it’s one of your favorites I think you’ll be disappointed. Great singing.

Don't see it if You’re a purist or loved the Harry Connick Jr Broadway version, this falls short of both. Read more

See it if Moore having an orchestra on stage and eliminating two songs has weakened this musical. This show does not fit the stage.it is a nice show,

Don't see it if Not a great show,however. If you want a big musical production.

See it if The well sung score uplifts this curio from the 60's Period psychology is dated; but not necessarily its downfall For completists only

See it if Melissa Errico fan, curious about the musical and like some of its songs, have never seen the "straight" (non-Connick) version

Don't see it if don't like shows about reincarnation, expect elaborate dancing & sets esp. for flashback sequences, repetitive, too congested

See it if Always love the Irish Rep. Great singing by Melissa E. and Ben D.. Nice to see the "oldies' come back. Staff is great. SEE MORE

Don't see it if Disapointed with the costumes and the set. Morgan is always clever but??? Read more

"It can’t be fixed. The pleasures of 'Clear Day' are so intertwined with its absurdities that no theatrical version can separate them. You have to enjoy it for what it is, or not...'On a Clear Day' doesn’t want your helpful interpretation. It’s truly about what it says it’s about. Nor does the Irish Rep’s version, staged and adapted by Moore, make a bid for a charitable deep read...If everything is flat-out, that doesn’t mean it’s unpleasurable. Any chance to hear Errico sing is a chance worth taking."
Read more

"It’s a love triangle with two sides and no point...But the songs are worthy of resurrection...They’re all beautifully delivered by Errico, Bogardus and the small but big-voiced ensemble...Errico’s performance initially seems strained...but she’s wonderful as Melinda, and her Daisy gains strength as the character becomes more empowered. And while Bogardus begins as too docile, the actor’s innate charm wins you over. For lovers of rarely seen Broadway relics, this revival may do the same."
Read more

“The thirty-year-old Irish Rep is particularly well placed to tap into the magic necessary to make a musical soar. That flight begins about fifteen seconds into the director Charlotte Moore’s revival of this 1965 Broadway show, as the chorus launches into a richly harmonic rendition of the title song, and the gorgeous high never really lets up...Lerner brought a contemporary charm to this tale, amplified here by Errico’s musical-comedy mastery.”
Read more

"The abridged, scaled-down production helps one overlook the sheer clunkiness of Lerner's book...This rendition also serves as a valuable reminder of the quality of the show's melodic score...Moore has tightened the book considerably...but there's little she can do to make the proceedings any less silly...The show's strongest element is its beautiful score...Only the most curmudgeonly could resist its undeniable charm, which might easily get lost in an overblown production."
Read more

“A nice, albeit mediocre production of a show with a boring book and a spectacular score...Errico is no Barbara Harris, but she sings with appealing gusto. Bogardus brings dignity to the role of her romantic shrink, if not much sex appeal. Unfortunately, the supporting cast poses, reacts, and overacts all over the place. The result is a perfunctory yet entertaining version that is, at least, a vast improvement over the unspeakable, short-lived 2011 Broadway revival.”
Read more

“Trouble is, despite a few gorgeous songs like the title number (which the ensemble performs in stirring fashion), 'Melinda' (which Bogardus sings with gusto), and 'She Wasn't You' (as shattering a vocal performance as we've ever heard out of Errico and Cudia), 'On a Clear Day You Can See Forever' just isn't a very interesting show. Still, it's rare to hear voices like these, and unamplified, too. If only it could have just been a concert."
Read more

“Moore, in the interest of creating a chamber version of the musical, tampers with the script, eliminating two major characters...She has trimmed the book back to nothing, the better to highlight the songs...What remains are the delightful songs and the cast...Moore's direction is hampered by her script, which makes it impossible to believe that anything real is happening between Bruckner and Melinda, but her creative team makes many fine contributions. "
Read more

"A clumsy adaptation of Lerner's flawed, original libretto by artistic director Charlotte Moore and a star who seems adrift onstage conspire to make this 'Clear Day' as murky as it is tedious...The book was always considered a hot mess, but, in fairness to the score, there are some rhapsodically beautiful songs contained within it...Moore's stupefying adaptation eliminates characters, songs and plot but, somehow, doesn't bring either clarity or insight to what remains."
Read more