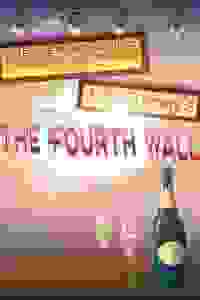 Theater Breaking Through Barriers presents A.R. Gurney's theatrical meta-comedy about the intersection between real life and life on stage.

Peggy has redecorated the living room and her husband, Roger, can't stand it. Peggy's usual exquisite taste has been overcome by a mysterious lapse which caused her to redo the room as if it were a stage set. Everything faces one wall, 'The Fourth Wall,' and everyone who enters the room begins to behave as if they were acting in a play. Troubled by this odd behavior, Roger calls in the local theatre professor in the hopes that he can "doctor" Peggy's “play,” break 'The Fourth Wall,' and bring the madness to a close.

See it if It is a different Gurney type play, very funny at times with good acting and directing.

Don't see it if This show needed an intermission. If you don't like Gurney.

See it if you are a A.R. Gurney fan who enjoys both the experimental and didactic aspects of his writing. Yes, the world is indeed a stage.

Don't see it if you are put off by the "message play" that sometimes tries too hard to make a point at the expense of just drama on the stage or this room.

See it if You like out of the box shows with quirky characters.

Don't see it if You want to laugh. You want a complex plot.

See it if you are a fan of A.R. Gurney and enjoy the chance to see one of his less known plays.

See it if If you love Cole Porter and enjoy a simple plot line that makes fun of the obvious. Solid acting.

Don't see it if You don’t love Cole Porter. This show is Lso not for you if you would find a play that wants to be a musical annoying.

See it if If you enjoy good writing.

Don't see it if if you enjoy fast moving action and expect excellent acting.

See it if you love A.R. Gurney, intelligent albeit somewhat self-indulgent writing, and period pieces that are relevant now, you get TBTB productions

See it if you like to have something to discuss for the rest of the night. Also, if you like open (no-borders) casting.

"TBTB admirably gives opportunities for disabled actors to perform in professional productions, so it is baffling that they would waste resources on such a rusty clunker...The play has aged terribly in the last 16 years, as the novelty of 'Urinetown'-style metatheatrical humor has increasingly taken on the stale aroma of said town...'The Fourth Wall' is essentially a New Yorker cartoon stretched to 90 minutes...Unfortunately, the cast doesn't elevate the mediocre material."
Read more

"For the show's first Off-Broadway revival, A.R. Gurney is represented by a talented production team and cast who bring one of his lesser-done shows to celebrated life...The collaborative efforts of a diverse cast are proven successful in this rather momentous production of a show not many people can acknowledge as having seen…As relevant today as it was in the past...Really something quite special, as it keeps the momentum within a show that can easily fall into something of a lecture."
Read more

“Burris and Scott have altered the landscape of Gurney's satire, and in doing so they have nearly done away with it altogether...A cast that demonstrates no affinity for this sort of artifice; instead, they perform in a variety of clashing styles, none of which suit Gurney's comedy...'The Fourth Wall,' even in a really first-class production, offers not champagne, but the ginger ale for which the characters are forced to settle. In this case, the ginger ale is flat.”
Read more

"Though A.R. Gurney chose a familiar definition of the theater as the title for his 1992 play, 'The Fourth Wall' ultimately proves to be less about the theater than about its four characters. And although these four characters are straightforward enough as written by Gurney, director Christopher Burris does not help his cast to locate them in any way, shape or form, in the current, Theater Breaking Through Barriers production."
Read more

“A living room drama turned inside out, this meta-theatrical comedy proves to be more relevant than ever…‘The Fourth Wall’ is a little flimsy…The absurdist undertone is very compelling but I wished it were cranked up even more…Despite a few setbacks, 'The Fourth Wall' is a gratifying evening of theatre...Seeing TBTB smashing the perception of disability on stage—by casting actors with disabilities in roles not specifically written as such—is truly inspiring.”
Read more

"Gurney uses the characters and developments to spoof the artistic conventions playwrights and actors have to deal with, and, for a time, the play's stream of satiric tropes and theatrical references get some laughs. Well written...as it often is, the material loses steam…Gurney's critique of the scenic fourth wall…is surely intended for a proscenium arrangement, not Scott's three-quarters round configuration…[This] is a passable light comedy, given particular interest by its unique casting."
Read more

“In the right hands, ‘The Fourth Wall’ may muster more trenchant moments than this production; but here Gurney’s experimentation doesn’t pay off. Part of the problem lies with the writer, whose slender conceit is only mildly amusing and hasn’t been fully integrated with his political message...The well-meaning actors lack the light touch called for by the arch dialogue. Instead of bubbling like Prosecco, the production is sodden as milk toast.”
Read more

"Gurney's brilliance evident in sharp dialogues of his earlier works is MIA throughout this mishmash of theatrical structures that degenerates into a cacophonous calamity...'The Fourth Wall' tries too hard to be clever in constructing a new paradigm for playwriting. The incongruent concoction is a discordant drama that fails miserably."
Read more