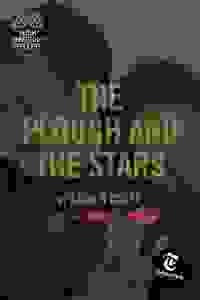 View in admin
The Plough and the Stars
NYC: Chelsea
81
Score it Scored!

The Plough and the Stars NYC Reviews and Tickets

O’Casey's 1926 drama centers a young woman who fights to keep her family afloat, as Ireland stands on the brink of revolution. Get prime orchestra seats for only $55 (regularly $70) when you buy a Show-Score Select!

Nora Clitheroe tries to keep her husband Jack from the revolutionary fervor sweeping through Dublin. But Jack becomes a Commandant in the Irish Citizen Army, and when the Easter Rising of 1916 begins, he leaves a pregnant Nora to help lead the fight. The disparate, quarrelsome tenement residents are forced to shelter together as urban warfare makes their home nearly as treacherous as the streets. Passions and ideals rise and converge, but in the end, loss and devastation triumph over the promise of a new Ireland.

"The Plough and the Stars" is being presented in repertory along with the other two plays of Sean O’Casey’s "Dublin Trilogy" ("Juno and the Paycock" and "The Shadow of a Gunman") as Irish Rep’s "O’Casey Cycle."

See it if Joys & sorrows of working class tenement life. Colorful characters. 1916 uprising ruins the lives of innocent people. Was it worth it?

Don't see it if You are uninterested in the relevance of this historical play to today's world. Syria is one parallel. You would prefer lighter fare.

See it if Outstanding culmination of IRT's O'Casey Trilogy! Same evocative set holds cast of 14 in it's brutal depiction of 1916 Easter Rebellion

Don't see it if Outside of occasional garbled, overlapping dialogue (often due to high passions) not much to fault Clancy & Plunkett lead impassioned cast

See it if Spectacular set. Most of the cast of 14 appear in all 3 productions at Irish Rep. (Amazing) Nice exhibit on the upper level ALSO

See it if you have a hard time understanding thick accents, but enjoy a challenge.

Don't see it if you have a hard time understanding thick accents, and don't enjoy a challenge. I understood about 10%; the rest was accents.

See it if The innocents of Irish tenement drink & gab first half, then in the second, the Civil Wartime toll calculated for those innocents. Maryann!

See it if You like O'Casey's work and want to see talented (but tired) actors get through this play.

Don't see it if You want an easy to understand play- both linguistically and plot wise. There was a LOT of screaming for no reason. Read more

See it if historical play with a variety of Irish characters in 1915/16 Dublin tenement, very moving (especially 2nd half) but with humorous moments

Don't see it if don't want violence - Easter Rising in second half so a couple of scenes with bloodshed; don't want Irish accents; want something happy

See it if You are a fan of O'Casey, Irish history, and/or fine ensemble acting. A terrific beginning to the Dublin Trilogy.

Don't see it if You don't like historically-based theatre or are bothered by voracious arguing and threats of violence.

“Starts off in such a jolly manner that you may think you’re in for a comedy....Moore’s naturalistic production makes us care for everybody, no matter how vituperative, pigheaded or cartoonishly comical, and the cast is largely excellent...Each character is lovingly rendered, honoring the play’s complexity...’The Plough and the Stars’ illustrates the company’s approach at its most successful...The show has an elemental appeal that testifies to the timeless power of a story well told.”
Read more

"Staged with unmannered directness by Charlotte Moore and acted by an ensemble cast whose members sound as though they’d just stepped off the morning plane from Dublin, it will leave you wondering why O’Casey’s plays aren’t done by every top-tier theater company in America...The abject desperation of Ms. O’Malley’s performance is but one of countless great things about this production. I cannot begin to catalog its virtues."
Read more

“Director Charlotte Moore has done an outstanding job eliciting the humor of the first two acts before immersing us in the tragic events of the play's second half. The cast is exceptional, with hilarious performances...One of the theater's foremost antiwar playwrights, O'Casey is unsparing in his depiction of violence in "The Plough and the Stars," and Irish Repertory Theatre has produced this trilogy in three equally unsparing and masterfully executed productions."
Read more

“The Irish Rep's Sean O'Casey trilogy ends on a note of triumph with Moore's staging of this little-seen report from the embattled streets of Dublin...’The Plough and the Stars’ is a polyphonic display of voices -- comic, tragic, wounded, furious -- bearing witness to a city at war with itself...This is the most expansive play in the trilogy, and it has a design to match...This stunning revival thrills even as its observations continue to prove heartbreakingly relevant.”
Read more

“This moving revival is the perfect capstone to O'Casey's heartbreaking examination of struggling, tenement families...A solid cast with outstanding supporting performances...‘The Plough and the Stars’ takes a dim view of Irish nationalism, is contemptuous of any sentimentalizing of war and is rightfully scornful of the misery brought on by the curse of poverty. Many consider it O'Casey's masterpiece so do yourself a favor and see it in this timeless and heartfelt production.”
Read more

“Directed by Moore with enormous vigor and unflinching honesty (I’m tempted to call it her best work in a long list of outstanding work)—is a must-see. It certainly is as played by a flawless troupe within Corcoran’s four cleverly shifting sets...O’Casey’s ability to fuse comedy and tragedy into the same moment becomes indisputable...The characters throb with life. And with death...’The Plough and the Stars’ is greatly distinguished by the players.”
Read more

“Given a masterful production here, it remains a fine, moving study of everyday individuals swept up in ugly circumstances...’The Plough and the Stars’ begins more rather than less as a comedy, which grows nearly farcical...’The Plough and the Stars' throbs with robust life. Charlotte Moore, the theater’s artistic director, skillfully unites her 14 players into a finely-meshed ensemble. All of the performances are never less than vibrant.”
Read more

"Having also helmed that inaugural Irish Rep production of the play thirty years ago, director Charlotte Moore knows these characters well, perhaps even better than O'Casey knew them himself. While it's easy to get lost in O'Casey's verbosity, Moore continually focuses our sympathy where it should be and makes effective use of a talented cast to distract from some choppy plotting in the loosely connected acts."
Read more