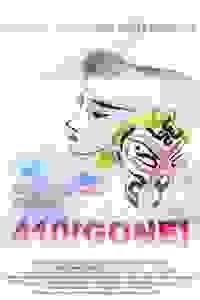 Yangtze Repertory Theatre of America presents a play infused with pop culture and Chinese mythology about a woman searching for her dead brother in the afterlife.

After Seventeen commits suicide, he wanders into the Land of the Dead, a dominion ruled by the Chinese Goddess of Mercy and the Monkey King. Time is suspended here, and an arcade dance console holds the key to transmigration. Meanwhile, his elder sister Twenty-One has been reliving the night of his demise in an attempt to find him. Between the lines of life and death, the siblings reflect on identity and explore heritage, but in the end, they must face the ultimate question: If there is no love without pain, what does it mean to love?

See it if you are interested in Chinese culture, you enjoy thought-provoking plays, you want to see something different

"'410[Gone]' is made up of a lot of very interesting pieces that are not quite greater than the sum of their parts. Striking yet disparate design aspects sometimes overpower the performances, because not enough time and care were given to ensure I knew the rules and was along for the ride...If you are particularly intrigued by the subject matter, there is a lot to admire about this show, but it may fall short if it isn't hitting close to home."
Read more

"Cowhig wrote a lively play that compounds different cultural strands as they collide...Director Fan moves the cast with speed through the twelve scenes, however, I wish that he had trusted the text more...The deeper layer of the collage-like dramaturgy is lost to the audience by the hyper-energized physicalization of the text...The young enthusiastic cast is adept at executing the breakneck choreography but I would have liked to be able to empathize more with their inner lives."
Read more