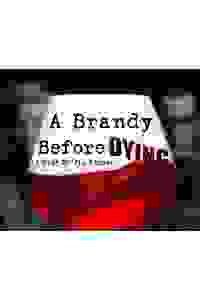 A Brandy Before Dying (FringeNYC) NYC Reviews and Tickets

FROM THE ARTIST:
We are happy to announce the World Premiere of Jim Farmer’s new Play “A Brandy Before Dying” at this seasons FringeNYC festival, August 2016.

“Brandy’ is a British drawing room murder mystery comedy, a tale in which two identical twin brothers, one very, very rich and one very, very poor, vie for the same woman’s affections. A murder ensues.

Jim Farmer is a Playwright/Director living and working in New York City. Plays written, produced and directed by Jim include:, "Frontier Halloween", "Pistols and Stamens", "The Savage Routine of Living", "We Never Learn", "Yonder Window Breaks", "I've Been Drunk for Three Weeks and I Have a Gun", "Morning Milking, Evening Milking" and "The Supper Club of Lost Causes" and “When Existential Things Happen to Good People”.

See it if You like fresh, at times witty dialogue, and if you haven't already overdosed on this kind of play.

Don't see it if You have another option.

See it if You have much tolerance and patience for self indulgence.

See it if you want to see a play full of random one-liner jokes that come out of nowhere.

Don't see it if you want to see something better at the Fringe Festival. This play ran rather long and was not that appealing. I give it a C- grade.

See it if you love goofy murder mysteries and clever English humor. There is a joke almost every other line and you'll be laughing all throughout -

Don't see it if you find Ab Fab annoying.

See it if you like your humor extremely broad and farcical, with British accents and painfully lame puns.

Don't see it if you abhor sophomoric humor that is very silly, exaggerated and based mostly on trite one-liners and sight gags.

See it if A great work-in-progress satirizing British drawing room murder mysteries. You need to be tolerant of a show needing some edits

Don't see it if You are expecting a finished product

See it if you like great comedies with a fun story.

Don't see it if You like serious plot lines and typical romance.

"Farmer’s quickness and imagination never cease to impress…’Brandy’s’ overarching narrative leaves something to be desired. Despite its lightning-quick language and action, the play can’t help but lose steam as it progresses. The characters, despite being performed by a uniformly talented cast, are hard to track from one scene to the next…With some tightening and finessing, 'A Brandy Before Dying' could become an absolute powerhouse of a show delivering thrills amidst non-stop laughter."
Read more

"Where the production goes wobbly is in the hit-or-miss quality of the mockery. There are laughs here, to be sure, but some of the lines fall flat because they are either too silly or simply bizarre...Farmer’s hand is a bit heavy in places...The cast isn’t quite an ensemble yet either. Each actor is competent or more in his or her role, but that chemistry among them that makes a comedy sparkle has not quite come about yet...This is very much a work in progress."
Read more

"'A Brandy Before Dying' was like a bad car crash that you walked away from knowing there were no survivors...One can only assume that they were going for a farcical comedy, but the problem was, they didn’t go for it. It fell short in every category...Overall 'A Brandy Before Dying' was a bit half-assed...The plot sounds interesting, but is really just a clotted mess of ideas. The ideas are there, but organization is needed."
Read more