Potomac Theatre Project presents Tom Stoppard’s acclaimed play, a comic drama whose many elements include Byron versus science, the Enlightenment versus the Romantics, and pure reason versus sheer randomness. More…

'Arcadia' juggles Newtonian science and chaos theory, the classical and the romantic temperaments, and garden history—along with loss, the fallibility of memory, and the future of humanity. The magnetic force connecting all these elements is sex, "the attraction that Newton left out." Running in repertory with 'Pity in History.'

Wish I Could See Them All
Syosset
50-64 | Male
671 reviews
Get Alerts Alerts On Alerts Off
90
Clever, Delightful, Enchanting, Intelligent, Romantic
July 25th, 2017

See it if Beautifully woven, touching, philosophical mystery. Linked characters from two eras pursue their passions of discovery and each other.

Don't see it if You aren't interested in slowly developing characters, witty romantic comedy, and intellectual philosophy mixed into an eclectic stew.

See it if you want to see a very well-conceived and smartly-staged production of one of Stoppard's finest works.

Don't see it if you aren't prepared to focus & think at a complex, intricate story, full of provocative ideas & concepts, that is anything but "light fare".

Don't see it if Even for avid Stoppard fans can be a bit confusing with cultural/historical references coming non-stop (read notes!) Pace slows in 2nd Act

See it if Beautiful writing from a masterful playwright. Good direction and acting, great costumes. Humorous and clever. Two stories in one.

Don't see it if The accents are a little off, but certainly not a reason to skip the show. The small theater provides a wonderful intimacy.

See it if You are a fan of Stoppard or you have never seen one of his plays and are curious about the unusual style and brilliant dialogue.

Don't see it if You are bored by long complex dramas that force you to pay close attention or you will lose the thread of the complicated narrative.

See it if You appreciate Stoppard.

Don't see it if You don't appreciate Stoppard.

See it if you have read but never seen a Stoppard play before and are interested in seeing one performed.

Don't see it if you are, or are bringing, a first-time theater-goer. You have no special interest in Stoppard. You have a short attention span.

Also Solidly so-so. If you've seen good productions of Tom Stoppard plays already you can afford to miss this one. At the same time, I wouldn't take a new theater-goer to Arcadia either; this production is earnest but too flawed to inspire a newcomer to see more off-Broadway shows. The actors are best when debating their intellectual beliefs but they have zero romantic chemistry; the Reason vs Passion element gets lost, and the sexual revelations seem out of place when the characters have been so charmless and incapable of affection in the events leading up to them.

I'd never seen Arcadia performed and I don't regret going to this production, but I'm glad I didn't overpay either. This is a demanding play. Be prepared to listen hard to the dialogue since it's the intricacy of the ideas in the script that push the action forward.

See it if As a character says, science is all about the immense & the tiny and we live our lives in the in-between. Lots of words & concepts challenge

Don't see it if the audience in this well-acted philosophical romance. It's funny as well. Best inexpensive ticket around.

See it if You are interested in a great performance in a very nice small space. The performers were truly entertaining.

Don't see it if You don't want to see a play that goes back and forth between two time periods. You don't like great theater in a very nice small space.

See it if You're invigorated by intelligently scripted plays that seek to question and dazzle. You're a Stoppard or wordplay fan.

Don't see it if You don't like really talky, kind of pretentious plays that hop around in time. You're expecting Broadway calibre acting or perfect accents.

Also One of my favorite plays, Arcadia seems funnier and less daunting each time I see it. The verbal jousting is almost Wildean, and if the themes include the inevitable heat death of the whole of creation, well...You've got to give Stoppard credit for broadening the purview of the rom-com. Because ultimately, this is a literary farce and a genuine story of love and genius.

It's not the most polished company I've seen, but after a rough first scene, they seemed to find their footing and delivered a solid enough performance. But still, the script is doing most of the heavy lifting here.

See it if You are prepared to pay close attention to each word of often academic argument. You will be rewarded with wit, humor and grist for thought.

Don't see it if You want light, easy summer fare, and don't want to tax you brain

See it if A near perfect production of a perfect play. A few excellent performances.

Don't see it if The poster is misleading. It's not a magical love story. If that's what you're expecting you will hate it.

See it if you love Stoppard (what's not to love) and have patience for not-too-tightly produced/directed interpretation.

Don't see it if you have already seen fine productions of this play; can tolerate sloppy British accents coming from an inconsistently talented cast.

See it if you're interested in a first-rate, lucid intro to a Stoppard masterpiece, enhanced by generally great acting and terrific set and costumes.

Don't see it if you don't want the challenge of big alluring ideas and intricate dialog even if the payoff is great fun throughout and a satisfying ending.

The PTP is a great company that does serious drama with meaningful subject matter - their core team are also excellent actors and they never disappoint. Sometimes the material they choose is hard / difficult to take - not so with Arcadia - a play that manages to provoke on a myriad of themes ( gender & class power equations, norms and mores ) but refuses to be oppressive without having to be happy or frivolous.

Alex Draper is FANTASTIC as Bernard Nightingale - I left feeling that I knew his character - that I wanted to stop him from acting on his faults & conceit - this was made possible not only by Draper but by Stephanie Janssen as Hannah Jarvis - a brilliant job of conveying how Hannah's reserve, self respect and good judgement are tested by their flirtatious & challenging relationship

Caitlin Rose Duffy delights as she ages and amazes as Thomasina

See it if a beautifully fun and funny production of Stoppard's romantic play. beautifully realized.

Don't see it if you aren't interested in using your brain. it's a thoughtful piece that only gets better the more you pay attention

See it if you love math or poetry. You love plotting where every line counts. This is my favorite play.

Don't see it if you don't like very wordy plays, you won't enjoy connecting who in the present is wrong about what in the past.

See it if an exceptional production. Lots of science, the understanding of which isn't totally necessary to get the 2 interwoven story lines.

Don't see it if You don't want to think. It takes paying attention but its worth it. It's also long.

Also It might help to read about the plot and scientific principles before you see it... Read more Read less

See it if you will enjoy a play about people with ideas that has wit, conflict, and suspense.

Don't see it if you find wordplay and cleverness that recall both Restoration comedy and Oscar Wilde tedious and empty.

Also The performances were generally pretty good. I'd like to have seen a more charismatic Septimus, and while Thomasina was sprightly and enthusiastic, she frequently talked so fast I couldn't keep up. Fortunately, I had read the play.... Read more Read less

See it if you are enchanted by amusing period pieces, don't mind shifts to the present, enjoy intelligent drama

Don't see it if You don't like talky plays.

See it if you enjoy the author or the play, if you're interesting in the tension between science and art, or are an academic.

Don't see it if you prefer musicals, if you like light comedy or if you need elaborate sets.

See it if you enjoy Tom Stoppard and his amazing wit. It is an intricate plot that blends art and science. I loved it.

Don't see it if you don't like Stoppard and his intellectual word play. Dense and wordy. Run time 2 3/4 hours.

Don't see it if you're looking for a super polished production.

See it if You want to experience one of Tom Stoppard's best and most challenging shows in an intimate setting with a super cast.

Don't see it if You're not ready to listen carefully to the dizzying play of ideas in this show.

Also I'd seen god Broadway and West End productions of ARCADIA before and always found much to admire. But in this setting, it was the first time that I really understood the play. It was much easier to follow the complex dialogue--and to enjoy it.... Read more Read less

See it if You enjoy intellectual drama with good acting. I liked the costumes, too.

Don't see it if If you don't like period dramas--although this play takes places in two eras. Also I found it difficult to sit so long on the hard seats.

Also The seating was staggered and stadium style so there are no bad seats. 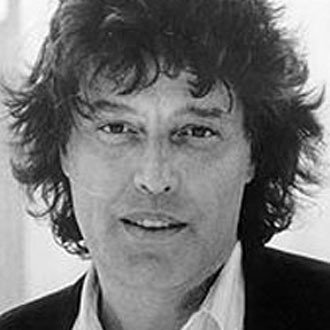 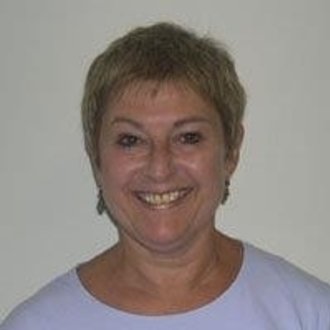 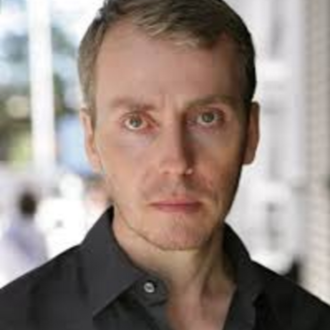 Jonathan Tindle
Chater
Get Alerts Alerts On Alerts Off 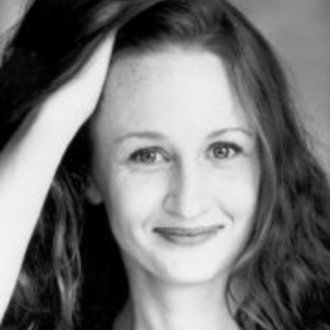 Megan Byrne
Lady Croom
Get Alerts Alerts On Alerts Off