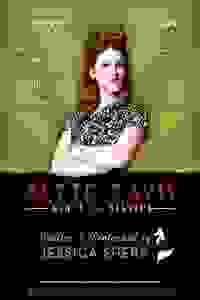 This 90-minute one-woman show, performed monthly at the Episcopal Actors' Guild, tells the story 1930s icon Bette Davis, on the night of the 1939 Academy Awards.

Young Miss Davis is nominated for Best Actress in “Dark Victory”, and the Los Angeles Times leaked the Oscar winners early. The bold, defiant, and disillusioned Bette Davis decides to leave the Oscars! Journey into the young starlet's battle to win freedom from the grip and control of the studio moguls of Hollywood. Witness Bette’s most defining moments as a tenacious young starlet fighting her way to the top! See what happens when someone who always wins...loses.

See it if you love Hollywood's heyday/Bette Davis. Sherr's show captures BD's fire/ambition, and presents her fight against the studio system. Fun bio

Don't see it if you dislike solo shows (uses phone often for expositn) or you've no interest in old Hywd. It's a snappy reminder of hurdles in a man's world

See it if you want to see the Hollywood heyday and BD . It is a well acted show. Based on the night of the Academy Awards.

Don't see it if If you don't like Bette Davis or that era. Or one women shows. A show that is high paced. a bigger production.

See it if you'd enjoy focus on the early years of Bette's life in Hollywood. Researched well with two items used as props that were owned by Bette.

Don't see it if you expect a full review of Bette's life. The theater is intimate, the seating a bit difficult for seeing and comfort.

See it if you are interested in Hollywood's golden age and the life of a great star gifted with both charm and intelligence. Very well preformed

Don't see it if you dislike one person shows that depend on the audience's imagination to fill in the missing characters.

See it if If you like Bette David or if you love old Hollywood.

Don't see it if If you don't like small theater. Read more

See it if you're super into Bette Davis and are interested in seeing a one woman show that's clearly still developing.

Don't see it if So, I'm going to say medium things. Everything that could have gone wrong at this performance did. Missed sound cues. Cell phones galore... Read more

See it if Bette is portrayed so effectively I couldn't take my eyes off her. This is a smart intro to BD if you don't know her--even better if you do

Don't see it if If you don't care about Bette, or Hollywood in the 30s and 40s. This is a portrayal of Bette off screen, and it's convincing -- Brava!

See it if you have a thing for 30's and 40's movies, the star systems exploitation of female actors esp in light of current mores, terrific 1 wmn show

Don't see it if you don't care about BD, strong women who survive in male dominated world, think BD was childish when she lost 1940 Oscar to Vivien Leigh. Read more

“There are no big surprises in Jessica Sherr's 60-minute solo, no novel insights...Yes, Bette Davis faced sexism in the movie industry. Yes, it was lonely at the top...The main appeal of ‘Sissie’...Is Sherr herself, whose Davis isn't quite like any you've seen, adding a bright comic energy to the usual semaphore gestures and wised-up locutions. Sherr is especially wild during a passage where Davis gets randy with Howard Hughes.”
Read more

“Reimagining as much as recreating the cinema idol’s feisty hunger and jerky grace, ‘Bette Davis Ain’t for Sissies’ is catnip for the cognoscenti...It’s a time-capsule treasure for once and future fans of the Tinsel Town icon...With flashing eyes and clipped delivery...Sherr impishly displays the various looks Davis cultivated to match her attitudes...Sherr’s one-act tour-de-force can only be a blast from the past, a seminal glimpse of a legend in full flux. It’s always a pleasure to watch."
Read more

"As the evening progresses, the audience soaks up delicious tidbits about the making of Bette Davis’ most famous films...In Jessica Sherr’s newly-expanded, 90-minute version of her well-researched solo performance, audiences will find themselves mesmerized by this animated, energetic performer...By the end of the evening, Ms. Sherr has infused her audience with a shared adoration of what made Bette Davis a legend."
Read more

“Sherr's performance shuns all traces of camp caricature to encompass a flinty New England accent, changes of costume incorporating accessories belonging to the real-life Davis and facial replication mirroring her iconic persona so accurately as to totally eclipse the playbill photograph of Sherr as herself. A complete summary of Davis' long career could span several evenings...This tantalizing glimpse...ends after just more than an hour...leaving us wanting more.”
Read more

"Sherr makes a triumphant return to Chicago with an expanded 90-minute love letter to the tough, complex and truly unforgettable star of stage and screen...Sherr pulls no punches: As talented and stunning as Davis was, she was also prickly, demanding and forever dissatisfied with La La Land, escaping to her beloved East Coast whenever she could...Sherr has created something funny, tragic and completely unforgettable. Don't miss this tribute to Old Hollywood."
Read more

View in admin
B
Mariah Sulaiman

"We are given insight to Bette’s relationship with Hollywood and the world, her daughter B.D., the relationship she had with herself and the supportive relationship of her mother...You will laugh, you will feel her pride, soar on her triumphs, and your heart will follow...through her failures, as her attempts to rise above to do what she truly loves...A woman unlike many others...You will fall in love with Sherr and Bette.”
Read more

“Sherr’s winning performances carries the audience...Often, the need to go over the speaker’s history is not grounded in clear dramatic stakes. Such is the case with ‘Bette Davis'...though Sherr manages to make an entertaining raconteur...Sherr’s energy is infectious...the force of her performance draws you into the next scenario clearly and cleanly. It is a shame that her script does not drive the action forward...she could do so much with more dramatically grounded material."
Read more

“Sherr packed her portrayal of the legendary actress...with a lot of the dreams, sacrifices, and energy...Sherr’s strong performance was somewhat marred by production issues...Her performance captures many of the qualities that made Davis one of the greatest actresses of her time, her willingness to take on tough roles with good sense, and humor rather than fear or regret, and a complex and contrasting personality that went from tough to emotional and vulnerable.”
Read more