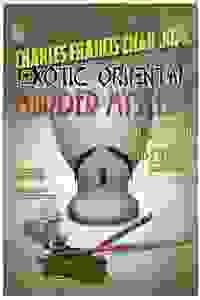 See it if Pure fun and intelligent, too. The Asian artist in America channeled through the characters in the old Charlie Chan movies

Don't see it if Jeffrey Omura is great as the Number One son character. Jeffrey Biehl nails Charlie Chan played by a white actor. Priceless!

See it if you are interested in Asian American ideas/actors/plays, etc. You are looking for social commentary.

Don't see it if you are offended by yellow face, even if done as a a way to discuss stereotypes.

See it if you are up for a refreshingly well-articulated satirical look at the Asian American experience.

Don't see it if you are looking for a short evening with no intermission, as it's kind of long (but worth it!).

Don't see it if for a conventional plot, don't believe Asians are the target of discrimination, or know ditto without needing to be hit over the head w it

See it if You like bold theatre that makes you laugh, think. And feel.

Don't see it if You have a weird hangup about going to TriBeCa to see plays.

See it if you support artists of color, social satire

Don't see it if you hate those things

See it if you like theatre that challenges the status quo and that is both entertaining and thought provoking.

Don't see it if you don't like to be challenged by theatre!

See it if if you are interested in issues of representation, you want to see more Asian American stories, you want to be challenged intellectually

Don't see it if you don't like a blending of styles, you are looking for realism

"This murder mystery, directed with flair and occasional frenzy by Ed Sylvanus Iskandar, is a metatheatrical polemic about the way Asian-Americans have been characterized and caricatured in popular culture...Mr. Suh’s preoccupation is with the construction and collapse of identity. All the actors play more than one role and they nearly all cross racial lines, revealing how artificial and arbitrary those lines are...The excellent cast is up for it."
Read more

"Clever, witty and engaging, Lloyd Suh’s high-concept play is about as unique as it gets for New York theater. The play constantly teeters between hilarious and offensive, and the exploitation of racial stereotypes spurs much laughter but also serves as a reminder that there is a lot of work to be done before racial inequalities are totally eradicated from society."
Read more

"Under bold direction by Drama Desk Award-winner Ed Sylvanus Iskandar, the theatricality and metatheatricality are richly rendered, bleeding the two worlds together effortlessly, and handling an at times densely polemic script with hilarious grace...Suh’s take on the delicate matter of race relations in the ever-multiplying cultural mosaic of this country achieves the ambitious goal of presenting heavy political issues in an altogether delightful and personal manner."
Read more

"It has the verve of improv, the imaginative variety of sketch comedy, and the ideological passion of agitprop...'The Exotic Oriental Murder Mystery' features a first-rate cast…For all its cartoonish aspects, Suh's writing is serious of purpose throughout. The play evokes plenty of laughter with its portrayal of ignorance and bigotry but, ultimately, in this mystery, it's the age-old stereotypes that are put to death and given the burial they deserve."
Read more

"What follows is a perfect simultaneous send-up of orientalist tropes and pulp fiction, complete with comically timed thunderclaps, kung fu battles, and cartoonish characterizations. It’s a delightful feast on its own, rendered exquisitely by a bright cast that’s clearly in on the joke...If Chan’s show is a grand commentary on racism, Suh’s is a grand commentary about grand commentaries on racism, and a smart one at that...Who knew critical race theory could be so entertaining?"
Read more

"The depth and importance of what Suh does in his latest work is delivered with both vibrancy and pathos with the ridiculously inventive directing of Ed Sylvanus Iskandar and gorgeous work from his creative team...The layers in Suh’s writing quickly calls us into question and makes us wonder who exactly in the audience the laughs are coming from; if we are now laughing with, or still at. "
Read more