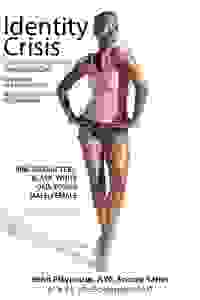 Part of Soho Playhouse's Fringe Encore Series: Actress Phina Oruche's autobiographical solo show explores the kind of identity struggles that are common to us all.

Best known for her role as aloof supermodel Liberty Baker in the ITV drama 'Footballers’ Wives,' Oruche, now in her 40s, has started to question who she really is. Spending more than two decades of her life taking on other people’s identities—first as a New York fashion model and later as an award-winning TV actress—has taken its toll.

See it if You want to see a one person show about her life-I think. She plays all the characters but not very well so when she tells HER story-great.

Don't see it if You want a coherent story. As she switches from character to character it's often hard to tell who/when/why. Story is lost.

See it if Interesting portrayal of black woman's experience in modelling/TV. Impressive performance of many roles. Struggle to find self.

Don't see it if She is judgmental and angry, often without being funny. Frequent character switches are hard to follow. Venue was hot and stuffy.

See it if She is a friend or relative of yours.

Don't see it if You have a deck of cards or a games app.

See it if You want to hear some insight into the world of modeling and Phina's journey there. You want to be sucked into her world and enjoy the ride.

See it if Charming, lovely, multi-talented, Phina auto-bios a succession of almost-famous successes that eventually leave her stranded.

Don't see it if Unfortunately not compelling enough for a one-woman show. Story lacks a driving engine.

See it if you want to experience something different, this is a autobiographical monologue of the actor's life.

Don't see it if You have a hard time following multiple characters and are expecting a big stage production.

Don't see it if You're claustrophobic

See it if A one woman show that explores the identities a black women was required to play for a white male society. An outstanding performance mate.

Don't see it if you like 'Love Island', Bake Off or are Everton fan.

"She is funny, self-deprecating, and there is an honesty in her hindsight but the relaxed chatty style hides some barbs of social commentary...Oruche's story is a really interesting one and that is where this piece worked best...The other characters, despite their distinctions of gender, age, and race, start to get a bit tangled and as a result lose their impact. It is an interesting approach but not one that completely worked."
Read more

"This is an autobiographical account, and a refreshingly honest one at that...'Identity Crisis' subverts the usual approach to tragedy in a play, beginning with a death and its aftermath before going on to talk about less mournful times. Oruche has a highly compelling manner and gives a thoroughly absorbing performance...I was also impressed by the simplicity and lack of pretentiousness throughout...It’s over all too soon, really, but this is a sharp and insightful play."
Read more

"Oruche has an inviting, if slightly nervous energy...Each character comes to life quite vividly, even if they get a little muddled towards the last half hour of the piece. Oruche is a clever performer, but not entirely in control; the piece far too often dips into a casual conversational tone, losing its dynamic tempo...Towards the end it is hard to remember the initial tragic event that prompted the piece, as it is overshadowed by the abundance of detail from Oruche’s career."
Read more

View in admin
A
Abiola Lawal

"It was her raw honesty and boisterous, hilarious wit that kept me engaged...The ease with which she switches accents and identity traits across these different people was great, the energy in this woman is astonishing...She was so honest in telling the audience everything about her life whilst also getting the audience to interact with her...An enlightening, touching and funny performance that translates across gender, race, and social status. I would recommend that you all go."
Read more

"Oruche blew all my expectations out of the water with her fantastic performance...Oruche has a charm, stage presence and charisma that really draw you into her story and her fascinating life...Her acting prowess really shines in this performance; she plays a multitude of characters with great definition, both in speech and physicality, and makes it look as easy as if you were just chatting to her one-on-one...In the second half the narrative unfortunately gets a bit lost and confused."
Read more

"An engaging and honest piece of theatre...The shifts between one character and the next are almost instantaneous–smooth in their transitions and demonstrating Orucha’s brilliant acting skills. A production on such a small stage demands intimacy and control of the room. Orucha had both of those things in droves, which made for a show that was impressively immersive and entertaining to watch."
Read more

"The theatrical equivalent of being shown holiday pictures by your great aunt for an interminable length of time...Oruche displays an impressive array of accents and her characters are well differentiated. However, they rarely interact with each other in a meaningful way. Characters often appear more as stereotypes than as thinking, breathing individuals with dreams and desires; even the character of herself...The show has no idea what it wants to be."
Read more

"It’s an ambitious but unfocused solo show, and while a confiding, likable Oruche tries to mine her life for material—and there’s plenty of it—she constantly runs the risk of going on rambling rants or skittering from one snappy anecdote or character to the next, leaving us without much of an emotional anchor...There’s little in the way of excavation here, though there’s plenty of dishing the dirt."
Read more