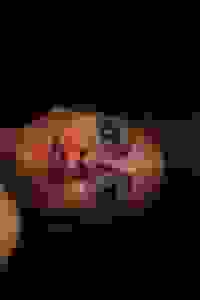 Queens Shakespeare and What Dreams May present one of Shakespeare's most political works, based on historical events surrounding the conspiracy against the Roman leader and the ensuing civil war.

In this brutal re-imagining, director Chris Rivera brings audiences to an apocalyptic Rome: the last glimmer of civilization surrounded by a world in ruin; a city where citizens starve and senators serve as assassins; where tyrants rule with an iron fist, and are repaid by the grace of a friendly knife. Watch as honorable men become the very thing they set out to stop, while a few carefully chosen words let slip the dogs of war.

Bruce 6
550 Reviews | 252 Followers
81
This refreshing take on will's classic puts brutus at center; as refocused “the tragedy of marcus brutus,” is much more interesting than “the death of julius caesar”

See it if brings new depth 2 Brutus as combo idealist/warrior; graphically shows how political violence he unleashes can’t be put back in bottle

See it if You like Shakespeare up close and intimate. Good ensemble performances. Enthusiastic and exciting.

Don't see it if You like your Caesar in a toga. There's a lot of blood and war dance in place of battle. Unconventional set (distressed sheet rock wall). Read more