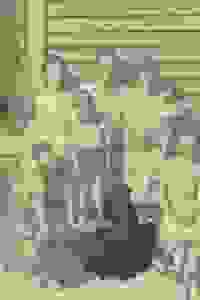 A family of sharecroppers are visited, interviewed, and photographed by two reporters from the “Big City” and also possibly by an ancient Mesopotamian sage.

Set in the Great Depression, Sibyl Kempson’s "Let Us Now Praise Susan Sontag" is an irrational musical contemplation of the ethical pitfalls of poetic journalism. When difficult subjects - like abject poverty - are articulated to the wider public through high art, aesthetics and ethics collide in a way that can erase our ethical response. The reports are moving, but too beautiful to move us to action. This piece is an irrational response to that collision and its limits, with help from the journals of Symbolist painter Odilon Redon, The NEW American Machinists Handbook, and ancient Assyrian mythology, and a couple of Broadway musicals.

"Ms. Kempson has always had major ideas informing her deceptively serious, stealthily intelligent work. But here the integration of philosophy and critical theory into performance seems less assured. The play perks up a bit when a Mesopotamian god appears...Maybe the play needs another draft, or maybe it needs some more time in the rehearsal room, or maybe it needs Ms. Kempson, an actress of cracked intensity, performing in it."
Read more

"'Let Us Now Praise' is unsteady: Sometimes shoot-the-moon strategies work; sometimes they spin out of control. Despite elaborate costumes, the play looks unfinished, and the downstairs concrete venue strands the actors. Kempson’s work crackles with strange energies, but this time it hasn’t organized itself into a lightning strike."
Read more

"Sometimes funny, sometimes touching, and consistently bizarre...I’m not sure who its intended audience is, but I found it by turns hilarious, moving, infuriating, and overlong...'Let Us Now...' does not seem to give a damn about anything anyone would expect of it, which is either its greatest virtue or its chief weakness. You will laugh, you will shrug, and then you will want to go to grad school."
Read more

"A quirky, uneven production...When the lights go up in this age of the ubiquitous image, playwright Kempson’s hope is that our own eyes will be clear of illusions, à la Sontag: "This very passivity of the photographic record is photography’s ‘message,’ its aggression.” Did we need Sontag – and Kempson - to tell us that anymore?"
Read more

"The show is sensational. 7 Daughters of Eve Thtr. & Perf. Co. gives us a game-changing group helmed by a resident magician. Maybe, like me, you leave the theater without words to describe your otherworldly evening. You came for entertainment and leave in meditation. It may take a while for the show’s lovely logic to develop in the darkroom of your mind."
Read more