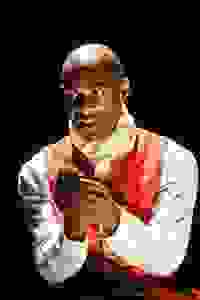 Sancho: An Act of Remembrance

He was born on a slave ship but never a slave, was immortalized by the great English painter Thomas Gainsborough, and in 1774 became the first British-African to cast a vote. 'Sancho' examines this curious, daringly determined life and seeks to cast new light on the often misunderstood narratives of African-British experience.

See it if You enjoy British history and one-man shows. You want to learn about people your textbooks ignored.

Don't see it if You need dramatic action. You dislike period dramas or stripped down staging.

See it if You are interested in a profile of a black Englishman and his mark on history.

Don't see it if you want a theatrical piece that doesn't bury the lead.

Also I wanted to like this more than I did. The performance is so big that it overshadowed my ability to follow the material. And this does feel more like an educational sketch with material than a play with theatrical coherence. There is a great kernel though.... Read more Read less

Don't see it if you don't like solo shows especially those dealing with tough subjects.

See it if you love well written one man shows about someone you know nothing about. Great experience in a special NYC theater. My first visit.

Don't see it if you are looking for a mindless big Broadway show. The theater is a historicHarlem venue. It is easy to get to by bus and subway.

Don't see it if You don't like one man shows, or lots of exposition

See it if you are interested in learning more about a little known but extremely interesting man.

Don't see it if you do not like one man shows that are both entertaining and informative!

See it if vExtraordinary play about an Enlishman who goes far beyond the boundaries of the average black person during this era.His story was indeed r

Don't see it if if you don't like one person shows about a person of color and their experience.

Also iveting.He was funny,insightful and was downright interesting.I have seen several productions at The National Black theater and I always walk away with a lesson learned and great acting.Great theater to be supported.... Read more Read less

See it if You enjoy storytelling based in history, learning about the African-British experience, seeing a very well researched production.

Don't see it if Are not interested in history, need a large fancy production, have difficulty with accent

Also This was engaging and educational. It held my attention. This theater holds nightly post-show talkbacks with star and audience, which was interesting and a great way to end the evening.... Read more Read less

See it if you welcome being educated about history through clever and profound writing, in a spirited performance by a masterful, enchanting actor.

Don't see it if you have problems with heavily accented dialog, have entrenched ideas about uncomfortable aspects of history, or dislike solo performances.

Also Don't miss this extraordinary show, which is ostensibly about one man's literal and figurative journey but is also a broader lesson about bigotry, courage, steadfastness, humanity and goodness.... Read more Read less

See it if You want to see a classically trained British actor telling an important and little-known story about the son of slaves-turned-gentleman.

Don't see it if You shy away from the painful truth of slavery and/or do not like period dramas. 18th C setting.

Also Paterson Joseph's one-man show, his first effort as playwright, is extraordinary. In spite of its subject matter, Sancho is full of humor, often erupting right after an extremely painful scene, as when the young boy taken in by a "coven" of three British ladies after being orphaned on a slave ship during the Middle Passage, forbid him to learn how to read. Yes, they cared for him but regarded him as a "pet."

The kindness of a nobleman who gave him lessons, alongside his daughter, in Greek, Latin, music (harpsichord), fencing, and dance allowed Sancho to become a property-owner and abolitionist.

A Londoner who has appeared with the RSC (Royal Shakespeare Company) as well as many BBC productions, Joseph states at the outset that he created this piece out of vanity--and the desire to do a costume/period piece.

GO SEE this. Timely subject: voting rights (an adjacent art exhibition is worth seeing too). The National Black Theater is a vibrant, beautiful space in Harlem.

See it if you'd like to see an RSC actor bring a little-known but relevant historical character to life; if you're interested in racial justice.

Don't see it if you dislike historical plays or one-man shows.

Also As a true labor of love, Royal Shakespeare Company actor Paterson Joseph researched, wrote, and acts this one-man play about the first black person to vote in England. An episodic story of being born on a slave ship, given as a "pet" to a household of wealthy sisters, trained as an actor, and eventually painted by Thomas Gainsborough gives way, in the last five or ten minutes, to a scene that could be torn from today's headlines about voting rights and #BlackLivesMatter. Joseph's acting on opening night was sometimes too big for the space, but I expect he'll calibrate it quickly. The historic theater, with an octagonal skylight, Art Deco facade, and African carvings, is a must-see. An exhibition on gerrymandering and voting rights opens in the lobby on April 20.... Read more Read less

See it if you love history being told in a lighthearted way.

Don't see it if You don't like plays that have a historical theme.

See it if you want to explore the African-British experienvce

Don't see it if you do not love truth

See it if You delight in one-man virtuoso performances, are interested in relevant theater, you've never been to National Black Theater, enjoy passion

Don't see it if Not interested in relevant plays that require you to think, respond and empathize; don't want to understand racism and how to fight it

Also This performance was riveting and the performer ranged from wry humor to passionate seriousness, including audience flirtation and even some audience involvement. The play confronts you directly with the impact of racism and the importance of the right to vote! Additionally, the Black National Theatre and the Classical Theatre of Harlem, who shared this production, are both dedicated to original plays dedicated to showing an African world-view and to activating a community to change lives and reflect a diversity of ideas. This play did that successfully and the final moments of the piece were profound and moving! This is must-see theater for anyone who loves theater but who is also concerned about the direction of our nation in this politicized times! A marvelous, eye-opening evening! GO!... Read more Read less

See it if You are intrigued by Black British history and the first Briton of African Heritage to vote. You know and love the excellent Paterson Joseph

Don't see it if You aren't interested in black history, one-man shows, or interactive talkbacks.

See it if You enjoy one man shows dealing with British themed monologue-type comedies and you want to try a nice venue in, it’s quiet uptown, Harlem

Don't see it if You hate one man shows, have a short attention span, require an elaborate set,have a limited imagination or don’t want to travel to Harlem

See it if masterful acting & writing by a craftsman. draws you in to his imagination where a simple white scarf can be an ocean or a sash of royalty.

Don't see it if you voted for Trump

Don't see it if You have a short attention span and would be frustrated by long monologues, especially ones spoken in 'ole' English and with a strong accent

See it if You're interested in history and the stories of people who aren't usually recognized.

Don't see it if You don't want to listen to your narrative, you don't like one-man shows.

Also I actually saw this in a previous run at BAM with the same performer (the generator of the show). I thought it was riveting - I was so surprised to hear this untold story - but I realize not everyone will be as enthralled.... Read more Read less

See it if You enjoy a one man show where you feel like you are at a wild lecture. Whatever that means.

Don't see it if You are looking for a show that makes sense.

Also At times the show was difficult to follow, the actor was jumping around the stage lacking continuity. Slow at times, I almost fell asleep once. The actor was charming though.... Read more Read less

See it if Such vibrancy on stage. Though this one man show jumped around, it had me engaged the entire time. Inspiring

See it if African history with a British accent, delightful Paterson Joseph in solo turn, audience participation, post show talk back intrigue you

Don't see it if solo shows, black history, British accents, lisps, going to Harlem, would keep you away

National Black Theatre
Presenter
Get Alerts Alerts On Alerts Off

Classical Theatre of Harlem
Presenter
Get Alerts Alerts On Alerts Off 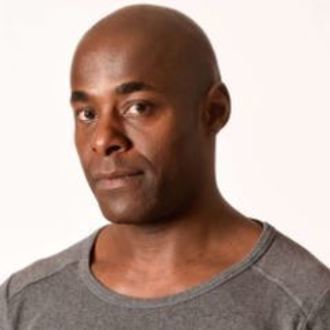 Patterson Joseph
Writer / Performer
Get Alerts Alerts On Alerts Off

Simon Godwin
Director
Get Alerts Alerts On Alerts Off

Patterson Joseph
Director
Get Alerts Alerts On Alerts Off 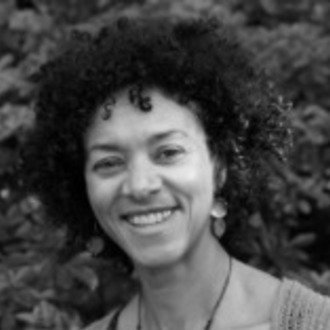 Linda Haysman
Costume Designer
Get Alerts Alerts On Alerts Off 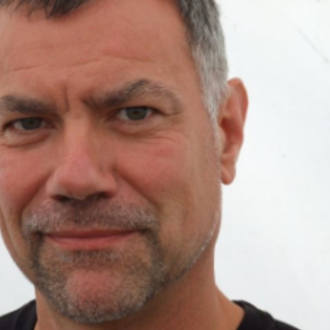 Michael Vale
Set Designer
Get Alerts Alerts On Alerts Off