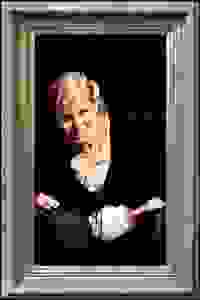 See it if To know some fact about William Shakespeare and his wife Anne Hathaway. Good acting ,lighting and direction. 65 minutes no intermission.

Don't see it if If you don't like a historical play with some singing and music. Has a little feminist tone to it.

Wish I Could See Them All
Syosset
50-64 | Male
671 reviews
Get Alerts Alerts On Alerts Off
70
Enchanting, Quirky, Historical, Lyrical, Simplistic
March 29th, 2018

Don't see it if Held my interest but a bit mundane. Not as compelling as some of the real autobios I’ve attended. Wife a saint, Shakespeare an a-hole.

See it if a charming, well researched one woman show appeals to you. The use of music is particularly nice.

Don't see it if heavy handed irony created by repetition annoys you.

See it if You are a fan of Shakespeare and are interested in his life with his family and wife. You enjoy a show with a historical background.

Don't see it if You are not a fan of one person shows. Although I am not usually a fan of monologues I thoroughly enjoyed this one !

See it if What if this happened with Anne Hathaway & Will, & that pesky Will that Will wrote intrigue you as possibilities for a one woman play +music

Don't see it if not interested in Shakespeare possibiliana, one person shows, Anne Hathaway, listening, imagining or appreciating

Don't see it if you’re tired of domestic complaints; plays revived too early or without enough reworking to have the same impact today

Also The subject itself has potential to resonate but wasn’t quite effective for me. I’m sympathetic to the theme of anonymous huswifery that enables greatness, and think Shakespeare’s an appropriate icon to focus on—though this plot could have featured any male genius from Ben Franklin to Kurt Vonnegut who accomplished lasting works while their homebound wives made lesser contributions of rearing their mortal & mediocre children. But this production just didn’t resound enough to make the point emotionally. I can see how this play worked 13 years ago when written, but it’s just not enough anymore to collapse a historical hero by exposing his flaws & privilege. To make Shakespeare’s Will seem like it’s about something bigger than 1 woman's unappreciated household drudgery, a new production might do more to locate it in a tradition that leads up to the present day—like the continued discrepancy in childcare responsibilities, or male playwrights opining on women’s static social position.... Read more Read less

See it if Tannis Kowalchuk is excellent as Anne Hathaway. Although historical fiction it is interesting to get a peek at her life.

Don't see it if Do not go if you do not enjoy solo shows or do not have any interest in Shakespeare’s life.

See it if You’re up for a perky, mostly house-bound Mrs Shakespeare clumsily transitioning into other equally unconvincing characters and voices.

Don't see it if You expect to learn much about Anne Hathaway or dislike sitting through almost embarrassing self-indulgent solos, however well-meaning.

Also There’s a remarkable distance between the credits & awards given all involved in this production & the near-amateur theatrics onstage, & though playwright Thiessen gets top-billing for his thin 2005 script, it's Kowalchuck that conveys the feeling she's been lugging Shakepeare's Will about for years, like Mother Courage over the battlefields, or the Fantastik's old players Henry and Mortimer.

It's not clear that Anne Hathaway deserved her #MeToo moment any more than any other woman in Elizabethan society, but Thiessen's script plays fast & loose with the few known facts in order to create what little drama there is here, & it's simply not enough.

Kowalchuck's acting indicates entirely too much throughout, her character voicings obvious, at times near Valley Girl modern. Production values are spare, & music by Knuth & Fand (well played by Fans) would likely fare better in a different context.

However well-intended, as in life, Anne Hathaway deserves better than this Will.

See it if you like solo shows (with music & quirky staging) that pretend to be based on an Elizabethan Era writer. [See "more to say" section.]

Don't see it if you're a person who values history, facts, accuracy -- or if you know a lot about Shakespeare & find biographical errors very annoying

Also Anne Hathaway [1556-1623] became pregnant, which led to marrying Shakespeare [1564-1616]. They lived apart, she in Stratford, he in London, 'til he retired in 1613 & returned to his wife. This small summary is the ONLY ACCURATE portion of Vern Thiessen's play, first staged in 2005. Is "poetic license" enough to excuse distortions or outright misinformation? The more you know about Shakespeare, the less you will appreciate this play.
Actress Tannis Kowalchuk is charismatic + capable. Brava!
But who decided that a modern haircut + not even a hint of a British accent were good choices? Why doesn't the script name a few plays? Why was there no mention of Shakespeare's sojourn in Italy, a trip that produced "Romeo & Juliet," "Othello," "Two Gentlemen of Verona," etc.? (His going to Italy & not taking Anne could have been a plot point.)
Why lie about how his only son Hamnet died?

I came away from this shaking my head that this inaccurate "history" is being presented to schools.

See it if You are interested in Shakespearean history and seeing an attempt fleshing out the puzzle that is Anne Hathaway.

Don't see it if You are a strict historian (I don't know where they get the evidence that his son died of drowning.)

See it if you would like a feminist, alternative take on the life of Shakespeare's wife. Clever and engaging.

Don't see it if you want total authenticity or want a naturalistic performance. This is very stylized.

See it if You enjoy engaging one-women shows that entertain and enlighten.

Don't see it if If you don't enjoy one-person's show or have no interest in the life of William Shakespeare and his family.

See it if you enjoy Shakespeare and are curious about his life!

Don't see it if do not enjoy a one person show.

See it if If you want to see a good story.

See it if You want to see a good actress and musician do their best with a difficult script and childrens theatre-style direction.

Don't see it if You already know about Shakespeare's life. This play blends poetic license into some facts.

Don't see it if You don't like shakespeare and one person performance.

See it if you love one-actor shows/like the premise of a focus on Hathaway. But where's English accent? Why the modern haircut? Was WS called "Bill"?

Don't see it if you want a polished, accurate piece. Lots of info is wrong or, at least, not established. No reference to WS's plays. Unenlightening.

See it if you've ever wondered about the woman Shakespeare left behind in Stratford when he went to London to make history.

Don't see it if solo shows or history plays are not your thing, or you cringe at the idea of the standard version of the Bard’s life being tampered with.

Also I’m a confessed Shakespeare nut. So Vern Thiessen’s project in “Shakespeare’s Will,” a 1-woman dramatic portrait of the Bard’s wife, Anne Hathaway, performed here with verve & easy humor by Tannis Kowalchuk, is my kind of catnip. The delights start with the title, a double pun on the playwright’s 1st name & his infamous bequeath to his wife in his will of his “2nd-best bed.” Much of the piece consists of enacted 1st-person narrative, events in Hathaway’s life with “Bill,” or in his absence in London as she stays on in Stratford with the kids. The set is warm & domestic; the musical score is an ongoing pleasure, songs that Anne sings & mood music dominated by violin, keyboard & a bowl that sounds like a gong. The script of necessity fills in gaps in the historical record with invented bits. These feel right (even when least in line with the “Will” I imagine) because they’re sensitive to the dramatic moment & the play’s narrative arc. I’m glad we have Thiessen’s “Bill”, & have his Anne.... Read more Read less

See it if you're interested to learn about Shakespeare's wife, Anne Hathaway, and what it must have been like being married to him.

Don't see it if you're not into solo shows or need high production values. Also, some of the writing is unnecessarily expository and feels indulgent.

See it if You’d like to hear a possible explanation why his wife is only briefly mentioned in Shakespeare’s will from what little we know about them.

Don't see it if You are a stickler for accuracy as it distorts facts and implies she was treated worse than the historical record.

See it if you're interested in WS enough to care about his personal life. I suspect much is pure speculation, but it was an hour well spent.

Don't see it if If one-person shows are not pleasing to you, or if you are already Shakespeared out.

See it if you like one person shows and you want to learn some history.

See it if you like one man (woman) shows and you like to learn little known facts about a famous (or infamous) person.

Don't see it if you do not like one person plays and you enjoy plays that are fast paced.

See it if you have an interest in the life of the wife of William Shakespeare.

Don't see it if you aren't interested in a slice of life one woman show.

Don't see it if You need sets, or don't like musical pieces just added for the sake of music. Or if you are a historical purist. 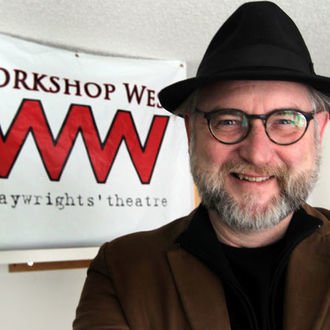 Vern Thiessen
Playwright
Get Alerts Alerts On Alerts Off 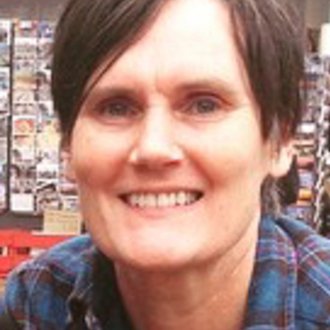 Mimi McGurl
Director
Get Alerts Alerts On Alerts Off 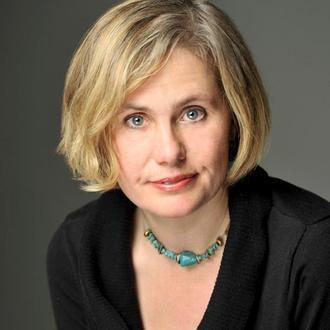 Tannis Kowalchuk
Anne Hathaway
Get Alerts Alerts On Alerts Off 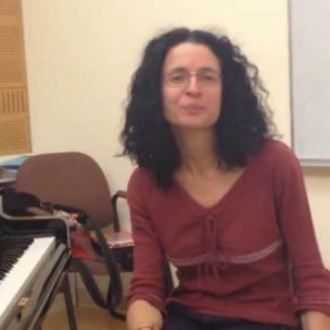 Rima Fand
Composer
Get Alerts Alerts On Alerts Off