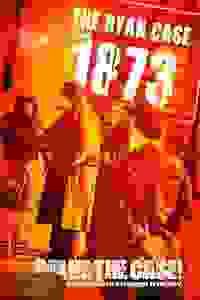 Live In Theater presents an interactive murder mystery experience that plunges you into the dark underbelly of the Five Points neighborhood of 19th-century New York. More…

In the wee hours of the night, siblings are found dead in their tenement, the air rife with foul play. Enter a murder mystery where you help crack a case based on a real unsolved crime from the 1870s. On your journey, which takes place throughout the neighborhood, you'll encounter unsavory characters, uncover clues, confront suspects, and mete out justice.

See it if you would have fun solving a murder mystery on the streets of NYC, you enjoy immersive shows with a historical basis.

Don't see it if you're scared to interact with the actors and other audience members. You will be interrogating the characters and collaborating with team.

Also This is a fun production, great for groups or solo (if you don't mind being teamed up with strangers). The actors are excellent in these challenging roles which force them to improvise amidst inquisitive and often random questions from the audience members. If you're the type who wants to sit back and watch a clear story, this probably is not the show for you. You will be on your feet for the majority of the performance and walking the blocks surrounding the bar. The effort that your team puts into solving the case is important, so don't be passive!... Read more Read less

See it if you are into murder mysteries. This is not your typical show, this is an outdoor adventure, where you need to interact with the characters.

Don't see it if you don't want to walk outside for 90 mins and interact with the characters.

Also Interacting with the characters can be difficult with a group of strangers, since a lot of people repeat the same question and talk over each other. I recommend getting a group of friends together and have a fun night out with this. The characters stay in their role, even when we weren't interacting with them. It was funny to watch from afar, how new yorkers just thought it was normal.... Read more Read less

See it if you like to experiment immersive theater experiences

Don't see it if you heard that isn't good, hear and read other people's reviews.

Also For us it was a disappointment because then play was supposed to happen around in the block outside on the street, What happened is that the weather was too cold so they improvised inside of the bar. It is a murder mystery case, so you interact with the characters in two groups of five people . The most forgettable play ever, and not recommended at all. This is a copy of The Accomplice. The copy of the copy of the copy of The Accomplice.... Read more Read less

See it if You like interactive murder mysteries. Traveling in a group, interact with actors on the streets of NYC while trying to figure out whodunit.

Don't see it if You don't like to interact with actors/fellow audience members, want to sit & watch a show, don't want to walk around outside.

Also I didn't know what to expect when I went to this show, but I had a great time!
They split the audience up into groups, handed us a map, and told us to follow the map outside, where we would find various cast members out in the streets. When we saw the actors, we could ask them any time-period appropriate questions to figure out who the killer was.
Once you've followed the whole route and met all the actors, the audience reconvenes in the theater and each group decides who they think the murderer is. The whole cast is on stage at this point and the killer is revealed.
It's a true, unsolved murder, so they change up whodunit with each show. Keeps the actors on their toes and means you will never have the same experience twice.
It was, seriously, a lot of fun.

Don't see it if You like just sit and watch

See it if You like interactive theater and murder mysteries.

Don't see it if You have mobility issues or don't like being part of the show or interacting with strangers.

See it if you like to solve puzzles. If you love a who done and get to be a part of it.

Don't see it if if you don't like walking and get frustrated doing puzzles...stick with late night TV.

See it if If you enjoy solving murder mysteries. It's a fun activity especially if you go with friends. The actors are great in their roles.

Don't see it if You have trouble walking, don't like the idea of working with a group of strangers, or just want a traditional theater experience.

Also You are part of a team, so you don't have to interact directly with the actors if you don't want to.... Read more Read less

See it if You are up for solving a murder set in the 19th c. & willing to help question "witnesses" (played by stellar actors) in the LES neighborhood

Don't see it if You want to sit back and watch a show. This is highly participatory and involves walking through the neighborhood and engaging with history

See it if You like interactive theater, great acting & a murder mystery that is realistic & challenging rather than the usual cliche dinner theater.

Don't see it if You want traditional theater & don't want to walk outside a little or don't want to interact with/ actors. You can limit interaction though.

See it if You like being part of the action and want to solve a murder!

Don't see it if You're more of a passive theatre-goer and aren't up for walking.

Live in Theater
Producer
Get Alerts Alerts On Alerts Off 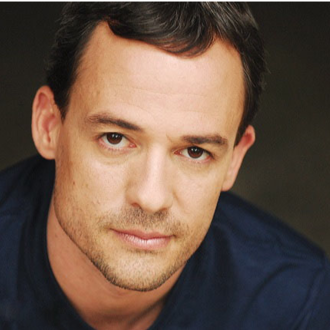 Carlo D’Amore
Playwright
Get Alerts Alerts On Alerts Off

Carlo D’Amore
Director
Get Alerts Alerts On Alerts Off