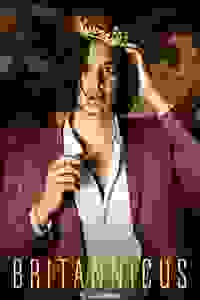 An exploration of power and dictatorship in Ancient Rome.

In a desperate act to maintain power, Agrippina ensures that her son Nero is crowned emperor, thus denying Nero's half-brother Britannicus his rightful claim to the throne.

Adapted for the stage by Timberlake Wertenbaker. Directed by The Stage Debut Award winner Atri Banerjee.

The knot of political, filial and incestuous sexual tension in the story is so tight and specific that the idea of contemporary relevance is laughable ... all the way through I kept thinking – why here, why now, why make this more difficult than it already is?
Read more

This assured revival at the Lyric Hammersmith is the mother of all psycho-dramas. Some of the minimalist touches ... are inspired.
Read more

The play’s 17th-century language is exquisitely updated and has a crystalline, lucid quality. Every performance is fabulous. So is Rosanna Vize’s stage design. It is [an] irresistible ... piece of theatre.
Read more

Even so, this modern-dress interpretation ... doesn’t find an answer to the perennial question of how to find a replacement for the stately music of French classical verse. Wertenbaker’s text is more jagged and demotic, making those long scenes of exposition much, much harder to absorb.
Read more

The evening proves among other things that Banerjee, a onetime press officer at the National Theatre, is a talent to watch. The cast tends to find a particular note and play it ... But those up for the ride will be intrigued throughout.
Read more

This production feels like a masterclass in how to take a seldom-staged ... text and seduce an audience into confronting it, in all its writhing, sexy ugliness.
Read more

There's an elegance and ingenuity to [the] design and ... lighting. It's a slightly uneven production that contains many fine things but ultimately doesn't quite live up to it's exciting visual promise.
Read more