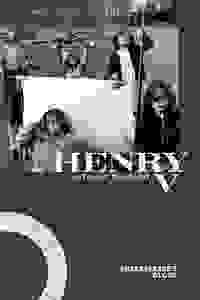 Following the death of Henry IV, young prince Henry (also referred to as Harry) is crowned as King of England. When the French Dauphin hurls an insult at Henry, England is thrust into war with France. Starring Sarah Amankwah (Doctor Faustus, Amadeus) in the title role as Henry V.

Sarah Amankwah...[is] an excellent Henry V, that mix of ironic humour and androgynous inscrutability making her convincing as a monarch both inexperienced and dangerous.'
Read more

Amankwah makes a perfect poster-girl for gender-blind and colour-blind casting. There’s a chiselled androgyny about her that means she fits the bill, especially in Henry V.'
Read more

Their approach is to throw away that dusty, musty past - and create a world in which lines of gender and ethnicity are evaporated, or at least entirely subverted... Henry V - is played by the fiery, passionate Sarah Amankwah...'
Read more

Sarah amankwah is majestic...She’s a natural orator, at ease with the verse... She’s vigorous and dignified, yet has a sense of stillness. She’s calculating, commanding and convincing as a leader of men.'
Read more

Directors Federay Holmes and Sarah Bedi are on more secure ground with Henry V, which is the pick of the three shows... even as patriotism seems to be celebrated, the very idea of being a patriot is shrewdly put on trial.'
Read more

It's hard to overstate how majestical Amankwah is – every word she speaks lands with a calculating fluidity...But for a war play it all feels very stately and sedate...'
Read more

It is here that Amankwah truly takes control, demonstrating “the mettle of [her] pasture”. Her earlier performances are strong, but now she is majestic...'
Read more