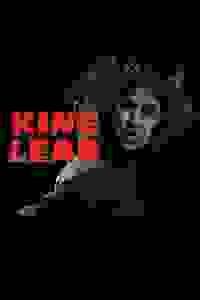 Kathryn Hunter reprises her role in Shakespeare's tragedy about an ill-fated monarch.

A gender-bent production of Shakespeare's 'King Lear' starring Kathryn Hunter ('The Visit') who returns to perform the title role 25 years after her first performance.

The ageing ruler of Britain seeks to hand over the kingdom to their three daughters, only if each of the children will declare how much they love their monarch. This test results in unexpected consequences when the favoured child, Cordelia says nothing.

Director Helena Kaut-Howson and actor Marcello Magni from the original production 25 years ago reunite with Kathryn Hunter to bring this production of King Lear to new audiences.

See it if If you’re just in London visiting for a few days to see a play in the Globe.

Don't see it if I wouldn’t see this if this would be seeing your first Lear — as this is the apex of Shakespeare, or in other words, of Art itself. Read more

See it if You're a fan of Shakespeare and literature and don't mind long dialogues.

See it if you want to see Kathryn Hunter giving a great performance as Lear with a masterful physicality and connection to the piece.

Don't see it if you want a Shakespeare production that's enthralling. Hunter is the highlight however the production as a whole does not get that level.

See it if You enjoy emotional acting that takes your breath away, tales of power and madness, and subtle costumes. A must-see for Shakespeare fans.

Don't see it if You want a feel-good show, King Lear is a tragedy. The play is speech-driven, so if you like action and moving sets, move along.

See it if You love Lear and you want to see some A+ acting, most notably by Michelle Terry as both Cordella and Lear's Fool (in my opinion).

Don't see it if You really don't understand the story and what Lear is about at all. It get's complicated.

76
So good but hearing them on stage from our seats was difficult, Great writing, Entertaining

See it if It was great, just the sound a problem

See it if Yr in for a modern, yet true to form interpretation of one of Shakespeare's finest works. Where the support cast lags, the lead carries!

Don't see it if Yr not up for a modern/progressive takes on the classic material. Or if you don't like double cast parts!!

"Amid an age when human discourse seems to debase itself further by the day, you’d think this would be the ideal time to revisit a play that induces a knowing assent at the assertion after the interval that 'wisdom and goodness to the vile seem vile' – how true that comment, made apparently in passing, seems just now."
Read more

There is not a false moment in Kathryn Hunter’s performance as King Lear. Coming 25 years after she first played the role ... this magnetic performer has lost none of her [power]. [It] makes for an interesting, distinctive evening, but a long way short of a great one.
Read more

The most striking thing about this production of King Lear ... is the physical transformation of Kathryn Hunter in the title role. However ... the production comes over as rather uneven, and Hunter’s performance a bit of a curate’s egg.
Read more

Minimal effects mean the performances and language are allowed to do the heavy-lifting. Beyond Hunter’s resonant central performance, Ryan Donaldson’s Edmund stands out.
Read more

Hunter takes her place, with Derek Jacobi, Ian McKellen, Paul Scofield (on film), and Glenda Jackson among the Lears seared in my mind.
Read more

It’s [Hunter's] prodigiously powerful stage presence, masculine body language and stentorian voice ... that anchors this rendition ... Even so, the production that has been built around her is ... unfortunately patchy and thematically rudderless.
Read more