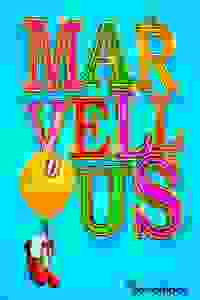 Neil was an ordinary fella from Staffordshire - and by the antiquated standards of the 1950s, nothing great was expected of him. But he decided that he was destined for more than just a humdrum life.

He hitchhiked across the length of the UK, became a famous clown, received an honorary degree, was appointed Stoke City Football Club's legendary kit man, appeared on the Queen’s New Year Honours list, and accepted a BAFTA award for the film made about his life. He became a local hero, an inspiration to everyone, and a reminder to let anything stand in the way of your dreams.

This production is recommended for those 8+.

See it if you want to see a heartwarming play filled with joy. Slapstick in its comedy, touching in its storytelling.

Don't see it if you're not a fan of audience interaction, pantomimes or the possibility of getting covered in cream, flour or water Read more

See it if You like a comical diverse show.

Don't see it if You are any-phobic and don't like diversity/ don't sit at the front as you can get wet. Also if you don't like interacting, don't go.

Don't see it if you really need to do research about Niel Baldwin, to have a better understanding as to what is going on my mistake was not doing this

See it if You like the film Marvellous and/or Neil Baldwin.

Don't see it if You have allergy to flour(smelt like wheat), don't want to get wet, don't like panto. (They also use egg like stuff but contents is water

Don't see it if you're not a fan of slapstick comedy

See it if You know and like Neil baldwin. I did love that they was inclusive with actors though!

See it if You enjoy a life affirming true story, brilliant lead actor. Funny, quirky and a good opportunity to see the new theatre. Don’t

Don't see it if You’re expecting it to be a pantomime, clowning around, that’s only one small scene.

"The come-one, come-all spirit of the new venue suits the daffy alchemy of an evening which starts like a potentially alienating in-joke and builds, by degrees and via an ingredient-spattering cooking session, to a shared delirium of life-affirming silliness."
Read more

"Like its subject, this playful, exuberant theatrical happening wins you over with sheer heart and good humour."
Read more

"The play possesses something of the regional appeal and direct emotional allure of a musical... The show has lots of heart and could now use some art."
Read more

"This show is about joy, as much as difficulty, and it's refreshing to watch something that celebrates difference without falling into pat sentimentality."
Read more

"It is also true that you really do need a sunny disposition to love, rather than just admire, this show... If you are craving warm showers of sentimentality and silly larks, this is the show for you."
Read more

" 'Marvellous' is one of the first times a West End show seemed to authentically present elements of neurodiversity in both casting and script, while never overly laden with sign-posting or preaching."
Read more

" 'Marvellous' radiates joy from start to finish which is a testament to the writing and production overall. It's not just joyful, Marvellous is wickedly and consistently funny."
Read more

"The play does descend into pantomime on more than one occasion and drags towards the end. But there is an undulating cheeriness in the production’s heart that might just be the bright ray of optimism that London needs."
Read more