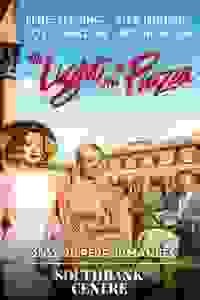 View in admin
The Light in the Piazza
London: Waterloo
55
Score it Scored!

The Light in the Piazza London Reviews and Tickets

See it if You know about the show and what to expect.

Don't see it if You don’t like a classical music style of music and a boring story.

You may not go in knowing all the tunes, but this show...utterly envelops you in a gorgeous wall of yearning melody that's one of the great Broadway scores of the century so far...This is a real summer treat.'
Read more

...the musical soars with [Renée Fleming], achieving unusual resonance and richness. For the rest of the time, it remains a fascinating curiosity, full of good things, but somehow not quite as great as the sum of its parts.'
Read more

Daniel Evans’s sleek direction and Fleming’s sumptuous voice do their very best to convince you that there may be hidden depths...Good taste is no substitute for genuine emotion.'
Read more

A Broadway show as melodically haunting and sophisticated as it is niche... looks good and sounds even better.'
Read more

...lyrical passages aren’t matched by this production’s clumsy staging...The reviews from its debut suggest that this musical worked a kind of tentative charm on Broadway, but its sunny magic feels faint here.'
Read more

It isn’t a perfect production, but they’ve put together a crack team...Everything in Daniel Evans’ production feeds into a picture of elegant, romantic Florence...'
Read more

Director Daniel Evans and designer Robert Jones provide a slick utility staging... It’s just the thing for a wet Saturday afternoon, but those in search of an earworm tune will be disappointed.'
Read more