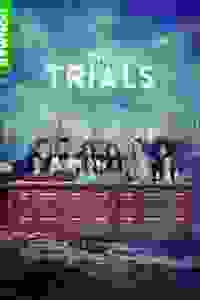 Dawn King's new play exploring the climate crisis through the eyes of the younger generation.

It's the not-too-distant future, and a radical green government is in power. As they try to curtail the climate emergency, the older generation are being tried for crimes against the climate by a jury of 12 to 17 year olds. As the younger generation struggle with their responsibility and with the fates of three adult defendants are in their hands, they need to decide if they should deliver justice or revenge.

'The Trials' was a finalist for the Susan Smith Blackburn Prize.