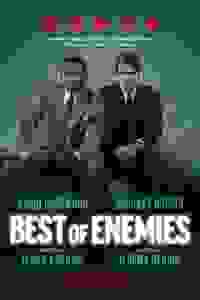 As two men fight it out to become the next President in the 1968 election, the eyes of America are on the battle being fought by two other men - William F. Buckley Jr. and Gore Vidal. These titans on opposite sides of the political spectrum fight publically every night on television, butting heads on ideology and beliefs in debates concerning the moral landscape of a shattered nation. Little do they know they're about to open up a new frontier in American politics and change the TV landscape forever …

James Graham’s ('Ink', 'This House') political drama transfers to the West End after its premiere at the Young Vic in 2021.

This show explores the themes of racism, homophobia, and violence - with the occasional use of homophobic, transphobic, and racist slurs.