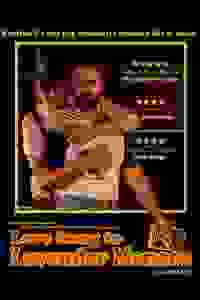 This comic and moving play about Scotland's radical, lesbian, gay, and feminist bookshop began in the cloakroom of Scotland's first gay nightclub.

In 1982, two friends Bob and Sigrid opened Lavender Menace on Edinburgh’s Forth Street. On the eve of the shop’s 5th birthday, sales assistants Paul and David take a look back at its origins, its importance, its celebration of queer culture, and how things have changed. An exploration of the love and passion it takes to make something happen and the loss that is felt when you have to let it go.

See it if You have an interest in LGBTQ issues, especially if you were around in the 80’s, or if you like small plays that say a lot with a little.

Don't see it if You have no interest in LGBTQ themed works or small shows working on a budget.

See it if you want a window into 1980's gay history with a fun take that you may not be aware of or that may rekindle your feelings for that time.

Don't see it if you expect perfection as this is a fringe show, done fairly well with light props in a basic set. Scottish accents may interfere with grasp.

See it if you'd like to see a poignant, playful homage to the 1st Scottish LGBT bookshop as told by 2 charming lads in a refreshing, original play.

Don't see it if you don't like 80s dance music; you have no interest in LGBTQ themes/history; you are completely unfamiliar with James Baldwin. Read more

See it if you'd like to have a laugh at the ways of gay boys in 1980s Edinburgh & at the same time learn something about an emerging culture.

Don't see it if you have American ears & are unwilling to make an effort to understand English with a Scottish accent, or are averse to homo history. Read more

See it if Two Scots bond over gay lit and the demise of their book shoppe. Necessary long monologues to develop closeted counter character. Smart.

See it if You have an interest in LGBTQ+ history. You want to see 2 great performances. You want an inspirational story.

Don't see it if You don't like stylized and/or meta storytelling: while I liked the message & performances, this style was confusing & hard to really get.

84
Scottish charmers in a comic tour of 80s gay lit

See it if Gay bookshop in the basement of Fire Island, a gay nightclub in 80s Edinburgh. Two fine actors in fun, frenetic colloquy of gay life and lit

Don't see it if you're not high on gay theater or Scottish accents. Two very smart gay boys try to make a go of a radical gay bookshop in Thatcher-era UK. Read more

"Ley’s lively, delightful comedy-drama...The real-life backstory behind ‘Lavender Menace’, combined with playwright’s earnest exploration of the unique friendship between Lewis and Glen, is the most fascinating story of all...The play offers a poignant yet often hilariously funny look at the atmosphere of gay male life in an pre-Internet era...Funny, high-spirited, moving, and historically important, 'Love Song to Lavender Menace' is a story that needs to be told.”
Read more

“Ley’s funny new play celebrating the Edinburgh bookshop that was a lifeline for the gay community...A love song to a moment in time...Philips’s production is sparky and good-humoured, Reid and McVarish showing sharp comic timing as they resist the cliche of the tragic gay narrative arc and the equally predictable gay love story. As a play, it is modest in its scope, but it claims a piece of recent history with zest, compassion, and due reverence to the power of the printed word.”
Read more

“’Lavender Menace’ was the legendary LGBTQ book shop, and this hugely enjoyable production pays loving tribute to the shop...Not a dull moment...The play is also a love song to literature and to gay spaces where we could feel safe and less alone...The sub plot of a closeted married man felt a little overwhelming...However, it makes the point about the importance of a safe place very well. This is a wonderful, celebratory LGBTQ play.”
Read more

“The dynamic relationship between Lewis and Glen is at the heart of ‘Love Song to Lavender Menace’...They riff off each other and indulge themselves in nostalgia and over the top performance as they recount tales of love, dancing, and activism...Ley has crafted a script filled with humour, character, and spirit and it is his words that empahasise the aforementioned dynamism between the two performers...’Lavender Menace’ is a standout.”
Read more

"Their slight fictional romance is just just enough to sustain Ley’s leaps into history, literature, time travel and LGBT lives...It is all very meta, and Ley makes necessarily heavy use of this material, although Ros Philips’ playful direction succeeds in showing much more than might be expected. McVarish and Reid launch into a blaze of caricatures, all based on fact and presented with a hearty twist...A thoroughly entertaining and important piece of LGBT social history."
Read more

“Hilarious, heartfelt, and provocative...Ley’s script achieves a deft and sophisticated balance of subjects and registers, shedding light on queer experience with humour, warmth, passion, and complexity...It’s a play that insists on the joy of the unexpected, the strange fluidity of time, the power of storytelling, and the ecstasy of radical culture...Far from sentimental nostalgia...a reminder of how precious and precarious spaces of real difference truly are.”
Read more

“In Borgesian non-linear style, Ley has created a narrative that allows Reid and McVarish to explore a spectrum of characters...A thoroughly entertaining play that’s chock full of local references but ones informed by wider and bigger issues. Has a slight ‘hand knitted’ feel but is none the worse for that...Radical and politically aware though it is, most of the play focused on gay men with the other 50% of the gay population being somewhat underrepresented."
Read more

"Writer James Ley has really captured a special moment in the city’s history...This was a really significant time for the LGBT community...something that both Ley and Philips portray brilliantly throughout the show...While the ending of the play may be a little predictable, there’s a collective burst of happiness when it arrives...'Love Song to Lavender Menace' really is something special. A beautiful, heart-warming and funny show that’s a real gem of the Fringe this year."
Read more