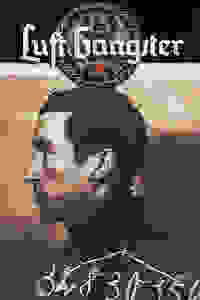 After bailing out of his crippled B-24 bomber under heavy fire from German forces, waist gunner Lou Fowler is captured by the Nazis. Incarcerated along with other Allied fliers in an inhumane Nazi prison camp, Lou has to heal his own battle injuries as his captors treat him as just another ‘luft gangster’—a term Joseph Goebbels coined as propaganda to convince Germans that all American flyers were criminals released from prison in order to fight in World War II. In a time and place where men on both sides of the war were stripped of all things civilized and reduced to the bare essentials of life, where a single slip of the tongue could mean death, Lou has to rely on his faith to make it out alive. Directed by Tony nominee Austin Pendleton.

See it if a small, intimate true tale of war and capture appeals. Characters were real and distinct and I committed to their story. Think Stalag 17.

Don't see it if A black box theater with 7 playing many is not your favorite meal. You want to know more about the Luft Gangsta propaganda. Read more

See it if you appreciate a well-written and directed play about WW2 with a superb cast. Bravo to Byers who wrote and performs in this chilling tale.

Don't see it if you only enjoy comedies.

See it if you are a history buff, like WW2 war stories, and are a fan of simple stagings but masterful intense and funny acting

Don't see it if you're dislike war stories (although it's really about camaraderie and perseverance), or you can't sit through 1h40min without intermission

See it if ..like WWII stories. Interested in a real POW's personal story that will lead audience into the harsh survival realities of Allied POW's.

Don't see it if U dislike war stories & bothered by cruel captive treatment. U dislike intense drama although there are funny moments-humor for survival. Read more

See it if you enjoy WW2 plays. It delicately begins to humanize many of the players in this chunk of history.

Don't see it if you want a more provocative play, or a more intense portrayal of WW2 POW, it is much more sensitive than that.

See it if It's definitely a good topic to explore on stage. Real life father and son (who is also the playwright) act together

Don't see it if It doesn't feel "real" to me. The reality must be way grimmer than this.

See it if You're looking to see a play based on true events in WWII. It really transports you to a different time and place.

Don't see it if I mean, if you have a taste for a tap musical tonight, maybe this isn't for you, but I believe we should all see this.

"Incisive direction of Tony Award winner Austin Pendleton...Authentic passages of dialogue in German, Slovenian, and Italian underscore the difficulty Allied soldiers had in communicating with the Europeans in their native tongues, contributing to their sense of displacement, alienation, and uncertainty. We feel it, along with the cruelty and fear, suspicion and camaraderie, dread and boredom, all embodied with credibility and depth by Byers and an excellent supporting cast."
Read more

"Byers’ absorbing wartime drama...The story of Lou Fowler is vividly brought to life in 'Luft Gangster,' and directed with unflinching yet graceful flair by Pendleton...'Luft Gangster' becomes more riveting and engrossing as it progresses, slowly revealing its emotional center and taking great care in its character development...'Luft Gangster' is guaranteed to captivate the audience. The fact that it’s faithfully translated from a true story, however, really, shall we say, 'brings it home.'"
Read more

“This is a riveting and intense drama that reveals the tedium of being a POW and the different psychological and emotional coping mechanisms each individual prisoner uses to get through. The play builds in intensity and keeps the audience engrossed in the story and the ultimate fate of Louis ‘Lou’ Fowler, a United States Army Air Corps waist gunner on a B-24 Liberator, who was shot down in March 1944 during a routine bombing mission and held prisoner in Stalag Luft VI. Highly recommended!”
Read more

“Austin Pendleton’s even touch as a director provides the right restraint and prevents the play from falling into melodrama and stereotypes…The depiction of both American POWs and Nazis is well rounded, and undercuts some of the broader stereotypes. Instead, the play unearths the subtler terrors the POWs faced in internment, such as the language barrier…Byers also draws the German officers as real people.”
Read more

"This story latches onto your attention early and doesn't let go. The gradual building of intensity and the smooth introduction of various characters, actors, and settings draw the viewer into the life of the lead character, Lou Fowler, a United States Army Air Corps waist gunner, who was shot down and held prisoner by the Germans at Stalag Luft VI. The play keeps things engaging on a personal and dramatic level. Solid acting helps to create a sense of purpose for each character."
Read more

“The script is solidly written, emotional, with both beautiful speeches and sharp episodic scenes, and it comes to life effortlessly under Pendleton’s solid, decisive direction and thoughtful, committed concept. Nylon Fusion brings together a stunning ensemble of talented, tender actors…The show is thrilling, seamless, and real. Go to 'Luft Gangster' and you will laugh, cry, and be impressed by the immaculate product of talented artists coming together under a clear vision."
Read more

“A powerful, moving, and even funny mediation on the horror of being a POW in WWII. The dialogue is natural and the scenes are thrilling, masterfully directed by Pendleton...The entire ensemble has standout moments, and every one of them brings a powerhouse performance…Yet for all of the good, there are a few bumps in the road...Even with a few abrupt moments in Act II (including an ending that is this close to working), it doesn't diminish the power of the play.”
Read more