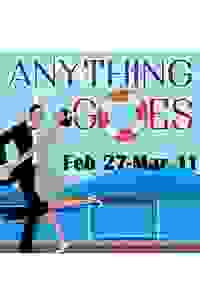 Reno Sweeney is en route to England. Her pal Billy has stowed away to be near his love, Hope, but she is engaged to a wealthy Lord. Also on board are Public Enemy #13, Moonface Martin, and his sidekick-in-crime Erma. With the help of disguises, tap-dancing sailors, and blackmail, Reno and Moonface join forces to help Billy win Hope. Classic songs include: 'I Get a Kick Out of You,' 'Easy to Love.' 'You're the Top,' 'It's De-Lovely,' and the title tune.

See it if you enjoy an old fashioned musical with wonderful songs and great staging, singing, choreography and costumes. Done on a small stage.

Don't see it if you do not like musicals with no serious plot. You really see this show for the musical and dance numbers.

Also I enjoyed this version much better than the Broadway one done a few years ago. Very limited run.... Read more Read less

See it if you enjoy watching a very energetic, talented cast sing and dance their way through some dazzling, show-stopper Cole Porter numbers.

Don't see it if you're not into silly , feel-good shows with minimalist staging (albeit with great costumes) or prefer original theater to revivals.

Also This was one of the most enjoyable performances I have seen in a while and I'm actually planning to see it again before the end of its run. The dancing is really awesome (I repeat - awesome) and that alone is worth the price of admission. The leading lady, Meredith Inglesby (playing the part of Reno Sweeney) is outstanding and unforgettable. The Cole Porter song-and-dance combinations are legitimate show-stoppers. Although the leading man, Nick Walker Jones (playing the role of Billy Crocker) was a tad weak at times, the overall quality of the cast was really excellent.

The plot is admittedly silly and predictable but that does not detract in any way from an excellent performance whose tunes I was still humming as I left the theater. While the staging is bare-bones simple, the costumes are very high-quality.

I would highly recommend this production and I plan to not only see this one again but also to catch more of the "Musicals Tonight" revivals in the very near future.

See it if Anything Goes is a big time musical, big staging, singing and big time sets. It goes right up there with all the other great musicals .

Don't see it if If your not into the bravado of the big shows with big casts, staging etc.

See it if You want to see the most sparkling effervescent show in town ! It is perfect ! It's like pink champagne and the costumes are breathtaking !

Don't see it if Your name is Scrooge. There is absolutely NO other reason not to see this if you adore brilliantly acted, sung and danced shows !

See it if If you want to understand why Cole Porter is so significant, and want to see a dated show that is still fresh as a daisy. Don't miss it!!!

Don't see it if You don't like small black box theatres or don't care about non-Hamilton-esque musicals.

Also Once again this small company has raised its own bar! With a gorgeous, talented cast wearing stunning costumes and dancing their hearts out, Musicals Tonight! has produced an exhilarating Anything Goes, which adheres closely to the original. The uber magic is that with a plot that is silly and serves as a clothesline for some of Porter's best songs, they have managed to make old jokes funny again, giving the viewer a real sense of what it was like when it first opened almost a century ago.

I've seen this show many times, and I must admit this is right up there with the Broadway productions in terms of rendered effect. Without the usual trappings of set and more than two weeks rehearsal, they gobsmacked the audience with delight to the extent that we were exhausted at the end from being so involved with the show and excited by the dancing.

Bravo to all who made this gem possible. We sure did get a kick out of it, and so will you. And what more can one hope for from a musical?

See it if Musicals Tonight does it again - well done, charming, shoe-string adaptation of this fizzy, fun musical. Great bang for your buck - loved it

See it if you want to see a very funny good old fashioned musical with great classic songs.

Don't see it if you don't like shows that have been revived numerous times before.

See it if You appreciate old fashioned antics and humor; great fun delivered by an energetic cast in a small venue

See it if You want to be thoroughly delighted by an ultra talented cast. Singing, dancing, comedy, beautiful guys and gals, great staging. The best!

Don't see it if You don't realize that small shoe-string productions can have huge impact, go gaga over technical wizardry instead of real artistry. See it!

See it if you want a fun old fashioned great time of a show.

Don't see it if you're not in the mood for fun. Or want to see HAMILTON.

Also Great production values--and that annoyed me that more isn't usually done on other Musicals Tonight! shows. And if the goal is showing a show as it was, why so many songs from other Cole Porter shows. I'm very sorry-grateful on this one.... Read more Read less

149 reviews
Get Alerts Alerts On Alerts Off
For a previous production
89
Delightful, Entertaining, Clever
April 5th, 2017

See it if you love Cole Porter and an intimate theater

See it if You love musical comedy.

Don't see it if You only enjoy serious drama.

Also I saw the last two Broadway revivals of Anything Goes, and this rivals them in every important way on about 1% of the budget. Every member of the cast contributes to the comic delight and musical thrills (and the fact that this is one of he most attractive casts around certainly doesn't hurt). Fabulous costumes. Just go!... Read more Read less

See it if you want to experience an enthusiastic cast that sings and dances it's heart out in this Cole Porter romp.

Don't see it if you are in a sedate mood and need Broadway to make you happy,

See it if you like Cole Porter songs enunciated with expression, wonderful energetic tap dancing, beautiful costumes, and a good-looking engaging cast

Also This is a true gem. I actually preferred this version more than the Broadway version which I loved. Everyone was perfectly cast. With only just two weeks of rehearsal they were near perfect. Hope to see it again.... Read more Read less

See it if you enjoy classic Broadway.

Don't see it if you don't like fluff or somewhat cheesy plots. It's more of a feel-good plot than a profound show.

See it if You want energetic, old-time singing and dancing with classic songs and costumes and haywire plot.

Don't see it if You don't like old-fashioned musicals

See it if You love Cole Porter, Anything Goes or Tap dancing. The choreography was fantastic and they made excellent use of the small space.

Don't see it if You aren't a fan of 'older musicals'

See it if you like the music. the singing is good.

See it if You enjoy a classic story-line that is relevant today.

Don't see it if You don't enjoy a wonderful storyline with great acting.

See it if You love intimate theater. We already got tickets to see it again. It was terrific. Unexpected and brilliant staging, singing & dancing.

Don't see it if you don't love musicals.

See it if I was amazed with the overall high quality of the performances!

Don't see it if You are seeking a serious theatre event.

"I saw both productions with Foster and Lupone, and I can tell you that neither captured the soul of this show as well as it was done here. The intimacy of the theater changed all perspective for audience, for the company was able to highlight, through its exuberance and simplicity, the sheer tal...
read more
Get Alerts Alerts On Alerts Off
"Jones is a joy to behold, especially when he starts out the lovely duet he has with Hope...Their chemistry is really on display in the most tempting kind of way with the delectable...The cast and crew of this ocean liner do a fantastic job turning that small stage into some big time fun and impr...
read more
Get Alerts Alerts On Alerts Off
"Kudos to producer Miller for bringing this potentially tired rerun to cheerful life, and to director/choreographer Colgan for doing a brilliant job of shoehorning all those massively talented people into that tiny space...They all pull off performances with gusto huge enough to fill a house ten ...
read more
Get Alerts Alerts On Alerts Off
"It’s as thrilling as it was last time around...The success of the evening is largely due to director/choreographer Colgan. His work keeps the show moving at a breakneck pace, only slowing down for a few beautifully rendered ballads that anchor the story to reality...Two of the brightest moments ...
read more
Get Alerts Alerts On Alerts Off

Musicals Tonight! Inc
Producer
Get Alerts Alerts On Alerts Off 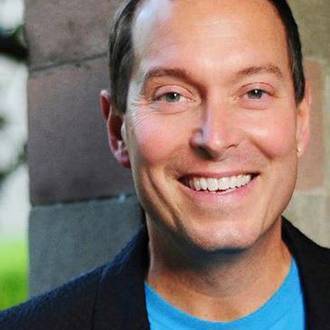 Casey Colgan
Director / Choreographer
Get Alerts Alerts On Alerts Off 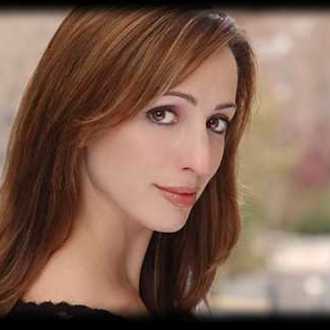 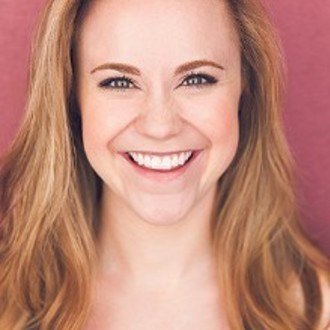 Briana Fallon
Cast
Get Alerts Alerts On Alerts Off