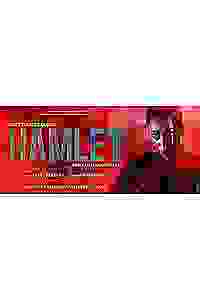 Don't see it if Too traditional. Lacking in creativity or innovation.

See it if you want to see an absorbing (albeit uneven) production of great warhorse with several fine performances.

Don't see it if you’re tired of Hamlet; this one doesn’t have enough new to tell you to warrant a trip to the theater.

Also The 1st few swift, taut scenes of the Gate “Hamlet,” a play which, like most longtime dedicated theatergoers, I’ve seen over & over, might be the best I’ve seen. Then a gradual slackening of pace set in & things muddied a bit. The performances by the younger generation—Hamlet, Ophelia, Horatio, Laertes, Ros & Guil—remained terrific. The rampart scenes, the 1st scene in the court, Laertes taking leave of Ophelia, were all fully vibrant. “The Mousetrap” was never better. But every appearance of the king & queen felt off. Gertrude’s closet scene, without pathos or suspense, was marred by a clumsy behind-the-arras stabbing. The gravediggers bombed. Some directorial choices muddled things: Claudius’s attempt at prayer becomes a confession to a priest; Horatio reads his letter from Hamlet to Gertrude, but nothing becomes of it. The full excision of the Fortinbras plot means we ended on Hamlet’s silence, & with that this once grand tragedy felt very tiny.... Read more Read less

Don't see it if you do not wish to see yet another Hamlet, do not like female actors as male characters, 3+hr. length of play & language too daunting,

See it if Negga's performance is nothing short of miraculous; great Polonius and Ophelia; production makes the play lucid and clear

Don't see it if Laertes could have been stronger; not a fan of overly long plays or the language of Shakespeare; a little heavy on the incense and smoke

See it if The only woman I ever saw play a man well was Glenda Jackson. Similarly Ruth Negga's gender never interfered with my belief she was he.

Also This production is interesting. The staging is stark, dark and atmospheric. There is a gorgeous use of doors to allow for the change of scene. Song is incorporated into these scene changes and becomes part of the play. A chair, metal table and bed brought on and off (only ever one) create a perfect minimalist set for this unique version.

After some nonsense, Negga is revealed center stage. She is tiny but not insubstantial. Her Hamlet is not mad, he and Horatio set out to expose his uncle's perfidy. The soliloquies were like gems suspended. Her timing changed the sense of several, allowing me to hear them anew. (Alas. Poor Yorrick. I knew him.) B/t gems, too much dead air. Waiting for the next one.

The death scene was the most moving I've seen; love, brotherhood, waste and loss.

I guess I really liked it.

See it if You enjoy Shakespeare presented at it's best. Ruth Negga rocks as Hamlet

Don't see it if You are a Shakespearean purist

Also *totally mesmerizing first act where most of the dialogue/soliloquy is Hamlet's. A little slower second half although Duffin's Ophelia is a wow.
All ensemble very good.
Great set and lighting.
I do like this play in general and liked the Public' version very much but this is far, far better.

See it if a fan of William Shakespeare’s plays and/or Hamlet who must see every interpretation; want to see Ruth Negga in her American theatre debut.

Don't see it if a Shakespeare purist who wants to see the exactly-as-written play (here, the show ends on an earlier line to give Hamlet the last word).

Also A 420-year-old story, every adaptation of Hamlet has to play it safe to be acceptable to purists or push the envelope into modern territory to make it unexpected and, sadly, sometimes unrecognizable. Gate Theatre Dublin’s version balances classic and contemporary, with costuming in the realm of “Shakespearean homage” with modern trappings, some nudity (Ophelia), and a gender-bending Hamlet. Ruth Negga, despite a petite figure (particularly notable when beside the tall, brawny actors playing Laertes and Horatio), offers a playful pluck we want from any Hamlet. The boyishness of her looks and moves (including cropped hair) prevent any scenes with her and Gertrude or Ophelia from feeling homoerotic. Neither do scenes with men feel sexual, either—there’s a saucy spunk here that works. The shift from grief to madness is also sublime. Even at 3.5 hours long, this Hamlet is trimmed from the original, giving more focus to the Danish Prince. Though far from “rotten,” it could be more fresh.... Read more Read less

See it if Are a fan of Ruth Negga. Appreciate fresh interpretations of Shakespeare.

Don't see it if Dislike the Bard.

See it if Ruth Negga and rest of cast are everything. An truly accessible production, that puts Hamlet’s inner turmoil at the forefront. Beautiful.

Don't see it if Long ... (but flies by in moments if you immerse yourself).

See it if you like to see staged Shakespeare. It's well done, though not particularly outside the box.

Don't see it if you're not a fan of standard Shakespeare plays.

See it if You can be amazed that they find humor in Hamlet, don’t mind gender swaps, and are ok with 3 1/2 hours of Shakespeare. Ruth Negga astounds.

Don't see it if You need to wallow in Hamlet. In no means did they make this a comedy, but infused some moments with humor, and gave an all new Hamlet.

Also We saw an astonishing Jude Law production years ago, as well as Oscar Isaac at the Public (as well as Bernhardt/Hamlet:)) but this had me sitting forward in my seat to see what they’d do next. It took a few minutes to settle in to a woman playing the role, and then I was mesmerized. It’s completely worth it.... Read more Read less

See it if Perhaps the best production of "Hamlet" I have seen, it is gripping from start to finish. Ruth Negga is outstanding.

Don't see it if The only reason to not see this show is if you don't care for Shakespeare's plays.

See it if you are a fan of the play and want to see a pared down, but fantastic, production

Don't see it if long plays aren't for you, you are anticipating a classic production or aren't a fan of inconsistency in accents.

See it if you love Shakespearean tragedies and powerhouse acting.

Don't see it if you can’t sit still for three hours.

Also I think this is my favorite Hamlet I’ve seen in New York. Ruth Negga’s small frame makes her adolescent rage (and the ensemble’s reaction to it) natural and seamless. Her Hamlet is reactive, inconsolable, but not without logic. She takes an appropriate amount of liberties with the iconic speeches, but is still able to conduct the evening at a pace that isn’t needlessly laborious. Yaël Farber’s direction is relatively straightforward, but makes use of some particularly haunting music cues. The visuals are especially appealing in the first few scenes. Once she has our attention, she allows the text to take center stage, and luckily the cast is up to the task.... Read more Read less

See it if you want to see a well-acted version of the classic Shakespearean tragedy, anchored by a strong lead performance by Ruth Negga.

Don't see it if you don't want to sit through three and a half hours of Shakespeare. The show has some strong moments, but it does drag in places.

See it if Very accessible take on Hamlet emphasizing loss and grief. Ruth Negga is a revelation.

Don't see it if It's an Irish-Ethiopian woman portraying Hamlet and the staging is all doors and plastic sheeting. But it works.

Also I'm usually sensitive to things like gender swapping roles but from the first line I was not aware of Ruth Negga as anything but a short, young Danish prince. She played the role as a youth which was refreshing after years of watching mature middle-aged actors portraying a impulsive young man.. The staging while abstract with Godot like bowler hats was very effective. Ultimately I could identify and be moved and - I could understand every word. Speak the speech I pray you, as I pronounced it to you, trippingly on the tongue. And is was. Bravo!... Read more Read less

Helpful?
View in admin Edit
M
Marianne 6282
New York City
65+ | Female
214 reviews
Get Alerts Alerts On Alerts Off
69
Why do they think they can improve upon shakespeare?, Overrated, Slow, Disappointing
February 13th, 2020

See it if you think that there is something intriguing about a woman playing Hamlet There is nothing new except unnecessary filler dialogue. Tedious

Don't see it if You are looking for either a different take on the motivation or a brilliant portrayal of the characters. There is neither here. Pedestrian

See it if You like Hamlet, this production is excellent

See it if You are looking for a powerhouse production. Incredibly well done!

Don't see it if You can't seat through a 3 hours production.

See it if a well-acted version of the classic Shakespearean tragedy, anchored by a great lead performance by Ruth Negga.

Don't see it if long at 3.5 hours with uncomfortable seats without arms. Don't like dark minimalist staging. and a rearranged play

Also Ruth Negga is excellent and the play is a success unlike the Glenda Jackson version of King Lear on Broadway which was not and may have turned you off of a woman playing a Shakespearean lead... Read more Read less

See it if You want to see an excellent nuanced actress playing a very moving, intelligent hamlet and a very good cast and staging

See it if Ruth Negga is a revelation as Hamlet! But concept, the entire cast & staging underscore the power of a play you think you knew. Go!

Don't see it if You expect your Shakespeare done as if Shakespeare were still alive, instead of his plays.

See it if I’ve never appreciated the Lighting n Stagings before this one, it’s simply n effectively done. R Negga is not your usual melancholy Hamlet.

Don't see it if You can’t sit through a 3-1/2 hr Play with a dark n smoky production plus lots of opening n closing of doors. 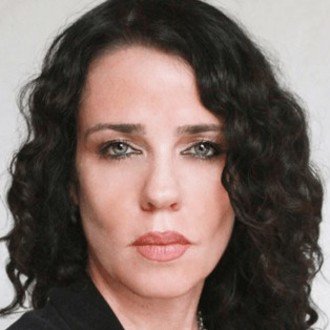 Yael Farber
Director
Get Alerts Alerts On Alerts Off