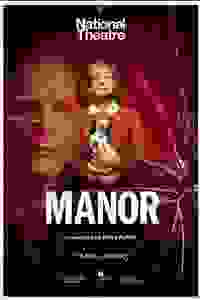 A new play by Moira Buffini following a firey group of people stranded in an old manor house.

Diana is in financial straits & struggling to keep the roof on her run-down home, when all of a sudden, a group of strangers arrive at her doorstep in search of shelter from the violent storm that's brewing outside.

‘Manor’ is a misfiring state-of-the-nation satire that doesn’t work, but is enjoyably messy nonetheless. As [it] heads for the interval, it’s actually quite intriguing ... [but] the second half is basically nonsense.
Read more

Despite the gravity of the play’s themes it has a prevailingly saggy sitcom vibe. It is topped off with unconvincing performances all round.
Read more

After its brilliant set-up, it always feels as if it is straining towards its purpose, with its characters as symbols rather than as real, rooted human beings. It's all a bit schematic, but it contains some excellent performances.
Read more

Some plays are so awful that they almost become enjoyable. Moira Buffini’s breathtakingly inept satire ... lurches from one improbable scene to another before sinking with all hands. It’s cataclysmic, certainly, but not in the way the writer intended.
Read more

While director Fiona Buffini engineers a couple of moments of tension, the pacing is erratic and the plotting muddled. The play contains some richly written passages ... but at other times it’s blunt and heavy-handed.
Read more

Speeches are utterly explicit, laying out attitudes as if serving them up on platters. For this to work as a comic motor it needs to be helter-skelter hocus-pocus, but the pace is glacial.
Read more

'Manor' ends up saying very little, except for a generic appeal to love one another and to see that “in our differences, we are the same”, a trite conclusion to come to after almost three hours.
Read more