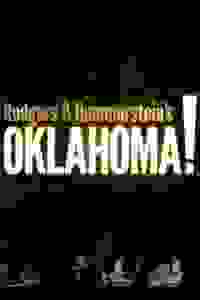 Director Daniel Fish radically reimagines 'Oklahoma!' for the 21st century. The musical tells the story of a community that struggles to accept an outsider. The musical is based on Lynn Riggs' 1931 play, 'Green Grow the Lilacs'.

See it if you love the idea of shining light on the the toxicity rife in the old classic. You get the hit songs without ignoring the problematic stuff

Don't see it if you don’t think there WAS problematic stuff in the original version, in which case, modern theater as a whole is probably not for you.

See it if you can get a ticket.

Don't see it if you have no manners. Read more

See it if you want to see a classic explored in a totally new one, with fantastic new orchestrations and stunning performances

See it if you like Rodgers and Hammerstein musicals and don't mind a slight departure from the classic.

Don't see it if you want a classic interpretation, dislike modern dance, aren't willing to suspend disbelief throughout, or want better singing than acting. Read more

See it if The way they have staged this show, and with the wonderful cast, is just incredible. Every bit as good as in New York.

Don't see it if You want a traditional Oklahoma!

See it if You want to see the poisoned heart of the USA laid bare.

Don't see it if you’re REALLY excited about My Fair Lady at ENO. Read more

See it if you are interested in a modern, relevant take on a classic with incredible performances and staging.

Don't see it if you are a theatre traditionalist.

See it if Revivals don't come bolder than this. Every aspect of the classic has been flipped on its head, but makes for an unforgettable experience.

Don't see it if It can sometimes be confusing what is going on, but a stellar cast makes the story seem more relevant than ever.

Crucially, it’s very well cast. If I have a criticism it’s that it’s all a bit meta. Nonetheless ... Fish has crafted something genuinely new and special from ‘Oklahoma!’, or perhaps excavated a truth about it that was there all along
Read more

There’s sterling work across the board, with notables including Stavros Demetraki as the comically lecherous ... Ali Hakim ... and recent Olivier-winner Liza Sadovy as ... Aunt Eller. “Oklahoma, OK” runs that line in the famous title song. OK? Better than that. KO, knock-out.
Read more

It’s a musical of two halves. Listen with your eyes closed and you’ll have no grounds for complaint. It’s in terms of drama that directors Daniel Fish and Jordan Fein will provoke arguments. This is a radically reworked vision of a vintage show.
Read more

It is the most thorough rethinking of Rodgers and Hammerstein that you are ever likely to see, a sensational reassessment of a classic show that both asserts its greatness and casts it in an entirely fresh light. I think it is a masterpiece.
Read more

It’s Oklahoma! with a snarl, disassembled and put back together with deep suspicion. The production succeeds, really, in a number of stunning sequences and images rather than as a whole. This isn’t simply dusting off a classic or giving it a spit and polish, it’s a complete dismantling of the show.
Read more

It’s the supporting roles that make the strongest impression. Marisha Wallace electrifies as the frisky Ado Annie. It doesn’t all work ... But this is still a brave and invigorating show that effortlessly unearths the ugliness that has always glimmered beneath Oklahoma!’s beautiful morning.
Read more

Anoushka Lucas is stoic and alluring as Laurey, a perfect foil for the swirl of male energy around her. Arthur Darvill puts an Elvis Presley spin on Curly, and rather than go for broad strokes bully, he’s more calculated. It seems like a cliché to say that this show couldn’t be more timely.
Read more