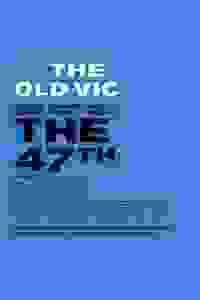 Bertie Carvel leads in Mike Bartlett's new play about the race to the White House.

America, 2024: the U.S. goes to the polls, and democracy itself is on the brink. How much will it cost for the victor to become the 47th President of the United States of America?

The creative team behind the Olivier Award-nominated 'King Charles III' reunite for the world premiere of this production.

See it if you’re peripherally aware of the politics at play.

Don't see it if you are a politically and socially conscious American who struggles with what should or should not be satirized. Read more

See it if you want to see Bertie Carvel’s meticulous performance Political drama, current events, humour are all present. It’s not real, or Is it?

Don't see it if you’re not interested in American politics.

Don't see it if You feel you’ve had enough of American politics for now.

Don't see it if You're not interested in American politics

See it if Bartlett has created a scary premonition of what could be in 2024. But every performer gives it their all, and Trump is done to perfection.

Don't see it if While the material is good, it may be a bit too soon to be making this kind of story.

See it if you like inventive thought provoking plays; want to be scared out of your mind

Don't see it if you have shakespear; clever plays

Don't see it if you are expecting a well developed plot and developed other characters.

See it if You don't like Donald Trump and will enjoy a purge infused American Election.

Don't see it if You don't care for politics.

You can’t fault the ambition or the sheer craft of Mike Bartlett’s blank-verse drama about a Trump rerun against Kamala Harris in 2024. But despite an astonishing, hideously transformative central performance from Bertie Carvel as the tangerine narcissist, the show lands disappointingly.
Read more

Goold brings his usual sheen to proceedings, played out under an oval-ish strip of light, yet can’t hide the lack of meaningful substance beneath the theatrical polish. See it for Carvel’s tour de force, perhaps, but as Trump would attest, you can’t win ’em all.
Read more

The script, best in its granular moments of comedy, blends billionaire pomp with political chicanery, dynastic family drama and blank verse...In its drama it lacks atmosphere and jeopardy, its pace slow in the second half and its ending flat.
Read more

The writing shimmers with power: it's an analysis of Putin and every autocratic ruler, as much as the present dangers in the United States...It's this central argument, presented with forensic care that makes The 47th pack such a knockout punch. And Carvel's Trump, darkly ferocious, gives it its villainous heart.
Read more

It’s an entertaining but uneven pageant held together by a barnstorming performance by Bertie Carvel, who as well as sporting a gravity-defying Trumpian hairstyle has captured all his mannerisms and tics.
Read more

The play is not an exercise in crystal ball-gazing, rather a reflection on the ripples caused by the Capitol attacks and the repercussions for American democracy...It’s Carvel who leaves the biggest impression, bestriding the production in a magnificent and grimly apposite fashion.
Read more

Carvel is the big draw here with another astonishing transformation...But as funny and compelling as the portrait is, it doesn’t tell us anything new.
Read more

Writer Mike Bartlett has crafted an epic. Like his 2014 play King Charles III, The 47th is an imagination of a future world. The year is 2024, and Trump is having another bash at the presidency. But, while the play’s events feel eerie in their potential realism, Bartlett’s form is, crucially, theatrical.
Read more