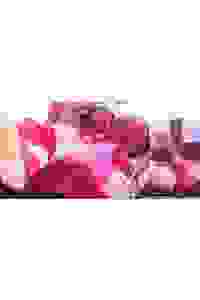 Roy Williams' tale about two sisters who find that their lives have gone on divergent paths.

Set in modern-day Britain, 'The Fellowship' follows two sisters Dawn and Marcia Adams who are children of the Windrush generation.

In their younger years, the Adams sisters rallied together against the injustices of the time but decades later they both lead very separate lives. Can they face the challenges in their lives and maintain the ties that once brought them together?

The play written by Roy Williams OBE ('Death of England') makes its world premiere at the Hampstead Theatre.

96
The acting was on another level

See it if Honestly, it was one of those evenings when you see and feel an actor inhabit a role so fully - it so rarely happens — but it happened here

Don't see it if Well, people should see it. There are so many positives for this play and this theatre and how it gives voice to a community… Read more

See it if a refreshing, touching drama is your thing

Don't see it if you don't like wordy plays, with a little too much resort to melodrama

"Roy Williams's [play] dares to hold a mirror up to prejudice within the black community, but the drama doesn't entirely gel ... Watchable, certainly – but missable, regrettably, too."
Read more

"It is dramatic, but feels like the setting for a different play, not an intimate series of conversations where tensions across generations are exposed. The writing is warm and funny; the set is alienating."
Read more

"Roy Williams has created a portrait of three generations of a West Indian family in which two middle-aged sisters, both activists in their youth, reflect on where life and politics have taken a wrong turning. ... I wish I could say he’d been successful, but The Fellowship fails on just about every level. "
Read more

"It feels to me as if Williams has lost control of the material, and that no one has been brave enough to edit his work. The result is that a great idea for a play, structured by means of successive duologues, is buried in a frustratingly verbose and baggy script, which has some great clashes of attitude, but very little dramatic development."
Read more

"‘The Fellowship’ is one of those stories that you emerge from feeling like you've gone on an epic journey with the people in it. It's full of moments that stretch out and become dreamlike, aided by designer Libby Watson's wonderfully surreal set with its long curving staircase. But it's also full of a political heft that punches through decades and speaks directly to the post-Brexit present day."
Read more

"There are sophisticated flashes of confrontation between the sisters but, stretched longer than two and a half hours, the script is slow and bloated. Jokes are repeated – one about Amazon’s Alexa initially brings laughter but eventually fatigues. It takes a while before each scene moves from being a shouting match and settles to drive this big-life tale along."
Read more

" 'Roy Williams’ new play occasionally leans heavily into pejorative stereotypes – which can sometimes feel uncomfortable to watch – but his talent for excavating the depths of the world of Black Britishness is undisputable."
Read more

" 'Williams’ script feels a little overstuffed. Getting into everything from infidelity to political scandal to gang violence, there are too many plot points being flung about. We don’t actually get to see any of it happening though, we’re just told that it does."
Read more