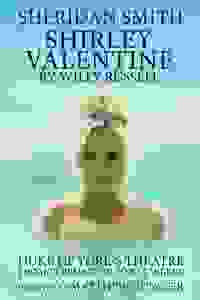 Shirley - a working-class housewife from Liverpool - feels stuck in a rut. Her family treats her like a servant and she feels alone next to her emotionally distant husband. When her best friend wins a holiday to Greece, Shirley packs her bags, leaves a note in the kitchen, and jets off for a fortnight of rest and relaxation. While in Greece, she begins to rediscover the parts of herself she lost during her marriage.