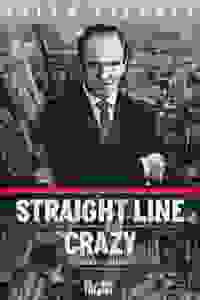 Ralph Fiennes stars in David Hare’s new play documenting the life of an insidious man who exposes the weakness of democracy.

Robert Moses has been the most powerful man in NYC for over 40 years. Though he's never been elected to office himself, he has manipulated those who were. However, groups of grassroots organizers begin to campaign against his schemes, and fight for their vision of what their city should be.

See it if you like serious shows with terrific actors and interesting staging.It's the story of the man who designed highways in NYC.Sounds dull.Isn't

Don't see it if you want a light, frothy comedy.There is a lot of humor in this.But it's also a study in acting, a history lesson, and a damn good show.

See it if you love Fiennes or have even the slightest interest in New York City or urban planning.

Don't see it if you can't sit still for 2.5 hours. Read more

See it if you like true stories. Informative political play about a town planner who transformed New York while also eradicating communities.

Don't see it if 7,000+ low income people had their neighbourhoods destroyed by urban planners doesn’t make you want to know the reason.

See it if you want to see some great acting, esp Feinnes and Webb. Hare’s play captures the good and bad of the American character. Strong staging

Don't see it if a play more about dialogue, than action will bore you. Bit too verbose. Still, good representation of R Moses who left his imprint on NYC

See it if you love political drama and have some connection to New York, or if you love Ralph Fiennes.

See it if You’re interested in the history of New York, and a fan of Ralph Finnes

Don't see it if This is a definitely a marmite play, not for everyone

See it if You like great acting. Story is just a bit boring but time flies during this play, Ralph Fiennes is absolutely amazing

See it if A highly intelligent drama based on real people and events, with a genuine star turn by Fiennes with a superb supporting cast.

Don't see it if Very slow, no real fireworks and very American.

So yes, the best David Hare play in an age, by some distance. It needs to be said, though, that for all its essential effectiveness – helped by Fiennes’s powerhouse performance – it’s still pretty clunky.
Read more

A barnstorming, scenery-chewing Ralph Fiennes anchors David Hare’s new play about Robert Moses, who created parks for New York’s poor in the 1920s and by 1955 was ready to sacrifice Manhattan to the car...Nicolas Hytner’s production is by turns energetically brash and terribly baggy.
Read more

Indeed more would be welcome, full-stop - without interval, the running time only stands at just over two hours, another half hour would be fine; Hare has alighted on a topic of monumental fascination. Call me crazy but Netflix should snap it up.
Read more

It's stirring, engrossing stuff, smoothly directed by Nicholas Hytner, purring along at pace, and full of thought-provoking observations.
Read more

To be fair, any playwright would struggle to do justice to a book that, if it were a play, would resemble one of those Robert Lepage chronicles that rumble on for six hours or more. If you’re familiar with the story as told by Caro, you’ll probably find Hare’s portrait too superficial, too cartoonish.
Read more

Always a risk in a play like this, Hare lets his extensive fact-finding slip into dialogue too baldly...It’s the cast, really, that sustains an interesting, flawed portrait of a man who built bridges as fast as he burned them.
Read more

This is Hare’s most dramatically gripping and politically thoughtful play since The Absence of War three decades ago and provides another acting triumph for Fiennes...
Read more

The fundamental problem with Straight Line Crazy is that while Moses is an interesting enough man, we’re talking about roads. It’s not the most fascinating of backdrops anyway, but Hare feels determined to make the topic even harder to engage with.
Read more