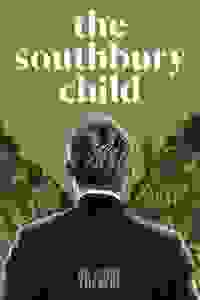 A new play set in a secluded coastal parish about a deeply conflicted priest whose views fiercely clash with the rest of the community.

Written by BAFTA Award winner, Stephen Beresford ('The Last of the Haussmans') and directed by Nicholas Hytner, co-founder of the Bridge Theatre.

The cast stars three-time Olivier Award winner, Alex Jennings ('The Crown') who is the only performer to have won Olivier Awards in each of the drama, musical and comedy categories.

See it if you like beautifully written smart plays with rich, complicated characters dealing with questions of faith, conviction, conscience and loss

Don't see it if you're looking for a comedy or lighter fare. This play is genuinely laugh-out-loud funny at times, but is also heartbreaking and unsettling. Read more

See it if you want a good humored and brilliantly acted play that's quite slow, particularly in the second half.

Don't see it if you go in expecting a laugh a minute or a thought provoking and coherent story. Balloons- what a hill to die on. Read more

See it if Some great acting, and I really enjoyed the play and the themes.

Don't see it if You are expecting comedy with lots of laughs. There is humour but much more subtle

See it if you are willing to sit through a poorly written text with a stupid premise to see top-notch acting.

Don't see it if having a nonsensical plot will put you off and/or you are not ok watching a play about a child's death and funeral. Read more

See it if This isn’t a terrible play — but it’s not a good one either. The plot is weak and there are a couple of gimmicky plot devices used.

Don't see it if The play is forgettable and there is nothing at stake dramatically - it’s a lot of drama over nothing — over ballons! Read more

See it if You enjoy religious debates.

Don't see it if Are very sensitive about death and religion.

Don't see it if death and religion is an issue

See it if You like a well acted and written play, dark, at times funny,

Don't see it if You want a logical plot (balloons perleaaaaze!) a laugh a minute and something up to date

"This play contains fascinating, and unresolved questions about the role of a church in a community whose inhabitants only darken its doors for christenings, weddings, and funerals."
Read more

"A flurry of melodramatic contrivances in the second act sit curiously with the overall sourly comic, social realist tone, and it’s only really in the final, wrenching scene that we’re fully emotionally engaged, the raw grief of Twomey’s Tina over her child’s coffin a devastating gut punch. That confrontation with mortality, is of course, partly what Beresford is getting at: but it’s a sip of real potency in a play that slips down a little too easily."
Read more

"Several big themes are covered, from gay marriage to adoption and alcoholism. At times it can feel like it’s trying to cram too many into one play. But there are some fabulously funny lines, and the characters largely ring true, thanks in no small measure to some towering performances."
Read more

"It’s rare to see a play genuinely surprise the audience as this one does, but the payoff for that excitement was slight dissatisfaction, I was left hanging on for a catharsis that never came. Ultimately it feels more like a comedy documentary than a revelatory drama, but go and see it. Beresford has created a bold new play about an ancient subject – which is guaranteed to launch a thousand arguments in the bar afterwards."
Read more

"Coming after Covid, it’s hugely, tear-stirringly cathartic. Beresford won a Bafta for the screenplay of Pride. He can pride himself on this. My play of the year so far."
Read more

"Jennings and director Nicholas Hytner allow us to glimpse the turmoil churning inside a man torn between caring for his parishioners and standing by his principles."
Read more

"Beresford has captured a moment of change in our time and Jennings has brought it to life with extraordinary candour and sensitivity. It's a cracking state of the nation piece and a beautiful personal tour de force for Jennings."
Read more