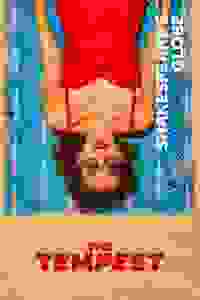 The Globe presents Shakespeare’s tale of betrayal, love and redemption.

A new production of the play that is regarded as Shakespeare's last independent works.

Prospero is the rightful Duke of Milan and seeks revenge on his traitor brother Antonio. By unleashing a storm, Prospero shipwrecks both his brother and the complicit Alonso, King of Naples. Now on a remote island, Prospero is determined to carry out his long-awaited justice with the reluctant support of the island's colonised inhabitants.

See it if unlike me you know whether this show is supposed to be a tragedy or comedy. I thought it the former until this version, which I loved.

Don't see it if you hate Shakespeare?

See it if you want a brilliantly comic retelling of one of Shakespeare's best works featuring moments that are equally bizarre as they are hilarious!

Don't see it if you're expecting a traditional representation of Shakespeare, this is an altogether different affair in every sense of the word. Read more

Don't see it if you don't like the text Read more

See it if you enjoy cleverly modernized Shakespeare or comedic tones

See it if You want to understand the end of a metaphorical tempest.

Don't see it if Yo don't like comedy Read more

See it if You want a fun, modern production that is still sympathetic to the text.

Don't see it if You don’t love Shakespeare

"It won’t go down in history as a revolutionary production, but as a crowd pleaser it’s inventive, compassionate and really just a pure joy."
Read more

"It’s of a piece with a production that unpacks Shakespeare’s strange cargo without much care for precedent, and subjects it to fresh inspection."
Read more

"It’s got some rough edges, and some of its conceits don’t work, but overall, this show is a sunny delight."
Read more

"Engaging and vital at some moments, flat and curiously lacking in impact at others. ... 'Tempest' suffused with visual japery but only intermittently in touch with the lasting and immutable magic that exists within the play itself."
Read more

"Holmes’ production does not ignore the play’s darker undercurrents and colonial overtones, but they are buried deeper in the mix than is sometimes the case. It is predominantly concerned with keeping the audience amused, and though it suffers from audibility and clarity issues to begin with."
Read more

"Comedy. Definitely a comedy. Academics have long agonised about how to categorise 'The Tempest' but director Sean Holmes’s gleefully eccentric production is unequivocally comic."
Read more

"Holmes' decision to use lunacy over sorcery is funny on occasions but it ultimately leaves a somewhat unsatisfied feeling.
Read more

“It’s certainly a refreshingly contemporary take, but it fails to follow through with its concept. There is no overarching image to act as an aesthetic nexus; the conceptual dots are never connected. It is a shame because individual aspects are undeniably worth our attention”
Read more