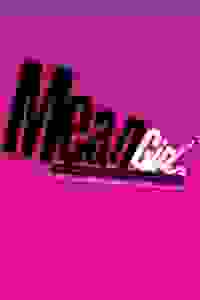 After years of living with her zoologist parents in Africa, Cady Heron moves to Illinois and must find where she fits in the social hierarchy. A sweet, naive newbie, Cady quickly attracts the attention of The Plastics, a trio of popular frenemies led by the vicious and calculating Regina George. When Cady devises a plan to end Regina’s reign, she learns that you can’t cross a Queen Bee without getting stung. 'Mean Girls' takes a look at friendships—and human nature—through a ferociously funny lens.

See it if You are a fan of the movie or Tina Fey , lively account of story with a uniformly strong cast

Also Not a member of the target audience , I was pleasantly surprised by how much I enjoyed the show . Loved the cast and stagecraft . Not sure why George Michael is mentioned in updated version . Plenty of other gay icons available .... Read more Read less

See it if Kerry Butler and Kate Rockwell shined in the pre-Broadway tryout in DC; imaginative staging by Nicholaw

Don't see it if Score is servicable and fun but not memorable; no surprises for fans of the film

See it if You want to see some very fantastic performances created anew vs their movie counterparts. Ashley Park is phenomenal! Louderman is George!

Don't see it if You want to be blown away by the music. The music/lyrics are so dull. Every time they’d start singing/dancing in my head I would say “STOP!”

See it if you want to see a decent example of a movie adaptation: the familiar material is all here but Tina Fey added new jokes to update the show.

Don't see it if you're not interested in a show about teenagers, or you didn’t care for the film—it’s still Mean Girls, after all.

Also Fans of Mean Girls should eat this up. Casual fans will probably enjoy it too. The themes are universal, if a bit obvious. But it works well as a musical. The songs, if unmemorable, fit the show well & the choreography was fun to watch. The set is essentially comprised of digital projections but they look nice & actually enhance the staging somewhat. This should be a real crowd-pleaser, though I think they can make a few trims. It seemed rather long in DC. (The first act ran almost 90 minutes.)... Read more Read less

Also I know this is "in development", that is why it is playing in DC before Broadway. So changes will be made. Thats why producers have "development". So I think it deserves a chance. That said... Is it terrible... no, is it great... no. It is along the lines of "Legally Blonde". There are some fun moments, but the script, which could have been great, is not. Tina Fey could have given us a powerful woman musical but decided instead to just give a lot of comedy with little to tie it together. There are some huge holes in the script and the music is the weakest part. I think they see that and will work on it. It has the possibility to be something really great, but I wonder if Tina and her husband will see that. The worst part is the gay character. I was a little thrown off by the fact that Tina Fay in this day and age thought it was ok to write such an insulting stereotypical gay character right out of a 90's sitcom. I mean C'mon. really? I have lost some respect for her now.... Read more Read less

See it if Really, really fond of the movie. Would laugh at all the catch phrases. To worship at the altar of Kerry Butler, with also solid lead cast

Don't see it if Can't stand Casey Nicholaw hyperkinetic excess. Would miss the drier, earthier humor and emotion of the film.

See it if You’re looking for a fun, all-out singing and dancing show. Female lead cast is very good.

Don't see it if You won’t like a show about teenagers or a message about bullying and self-esteem wrapped up in the fun.

Also You don’t have to have seen the movie to enjoy this, nor do you have to be a young person, although I think the show will appeal to a younger audience. The cast does some impressive singing and the lyrics are clever. The score is the disappointment to me: fine but nothing memorable or outstanding. Set is entertaining.... Read more Read less

See it if you like the movie, Tina Fey's writing or poppy musicals. It's true to the film and updated without trying too hard. Lots of funny jokes too

Don't see it if you felt "Legally Blonde" was too young for you.

See it if You loved the movie or any other fun teen movie. If you loved the musicals of Legally Blonde/Heathers. You want a fun night at the theatre

Don't see it if You didn’t like the movie. You want a serious night at the theater or a “mature” musical. You don’t like to have a good time.

See it if you love new musicals and that infectious teenage spirit. Or you love the movie.

Don't see it if you are one to scoff at high school drama.

See it if You loved the movie. If you loved “Legally Blonde” or “Heathers”. Fun and interesting wordplay, hot cast, great staging and performances.

Don't see it if Don’t want to see a fun show with a great moral. Fun musical numbers. A throwback to high school...depending your age...

Don't see it if you're looking for meaningful theater.

See it if You have been craving a smart, heartfelt and genuinely good musical comedy. I haven’t laughed this hard at a show since Spamalot.

Don't see it if You don’t enjoy some raunchy humor too. There’s some naughtiness in there making this show a PG13

See it if you love the movie, Tina Fey, and well-crafted musical comedies.

Don't see it if you did not like the movie or do not enjoy musical adaptations of popular films no matter how well written.

Also The cast, staging, and script are perfect. The score needs some rewriting in places to tighten the narrative but the crowd ate this show up. Even if they transfer to Broadway as is, audiences will go crazy for this. Right now-- it's a hilarious time at the theatre. With a few tweaks of the score, this could be the next Producers.... Read more Read less

See it if You love a good laugh, great choreography, enjoy the SNL sense of humor

Also I had so much fun at this show, but wished it had more songs that held opportunities to calm down. The one in the first act - What's Wrong with Me? did that, but by the end I was rather exhausted. I wouldn't want to see it again. One person I was with said, "well, it's like High School." If so, I am very glad to be out of HS.... Read more Read less

See it if You love the movie. It's a very good adaptation that is being tweaked and refined. Excellent performances by the cast esp.the "mean girls".

Don't see it if You want a romantic or dramatic musical. The show is a fun trip, and may still find its stand-out song or unique voice.

See it if You are a fan of Mean Girls or other similar movies/shows. It’s a fun show that needs a few tweaks before moving to Broadway.

See it if You're a fan of the movie, love fresh and energetic choreography, and want to see some new Broadway blood belt their faces off.

Also Tina's book is hysterical, the score is a little bland and needs to find it's voice. The cast is top notch with some truly powerhouse vocals. Kerry Butler could be utilized more. Ambitious and excellent choreography.... Read more Read less

See it if You liked the movie. A fun show with enjoyable music.

Don't see it if You hated the movie. You find the idea of a musical about high school boring.

See it if You want to see caricatures from your high school come to life. The jokes are hysterical & relatable whether you've seen the movie or not.

See it if If you are a fan of the movie and don't care that a musical has extremely banal, boring music.

Don't see it if If you don't like the movie, actresses with annoying vocal fry voices, and an extremely banal score.

Also For fans of the movie, the main plot points and many of the funny, catchy lines from the film are retained, except the why should Caesar get to stomp around like a giant is curiously missing. I also liked the diversity of the ensemble. Performances overall are quite good but Kerri Butler is sadly underutilized. Two of the three-girl bully group, the Plastics, are really good but the actress playing Regina, with an annoying vocal fry speaking delivery, is weak compared to the other two members of the group. The main problem with this musical is that the framing device for the narrative is meh and the songs/music are boring, bland, and dull.... Read more Read less

See it if you loved the original movie

Also This show was amazing! They've updated the show to make it more modern (like high school now) from the original movie. All of Tina Fey's jokes land and all the music is incredible. I left wanting the soundtrack to be on Spotify now so I can listen to it over and over. The scene where Regina shows "The Burn Book" to everyone is not only hilarious, but stunning and Taylor Louderman's singing is insane. Janis and Damien create a wonderful voice for the narrative. And, the 5 main ladies are all powerhouses.

WHAT AN INCREDIBLE SHOW!

See it if If you liked the movie, this show did a great job of lifting everyone's favorite lines and bits and put them in the show. Music is fun.

Don't see it if This show is not ground-breaking or overly inventive; do not see if you were not a fan of the movie--not for you.

See it if If you want to laugh and enjoyed the movie, you'll love this 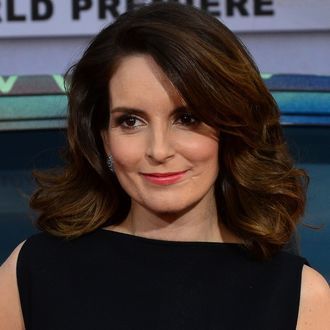 Tina Fey
Playwright
Get Alerts Alerts On Alerts Off 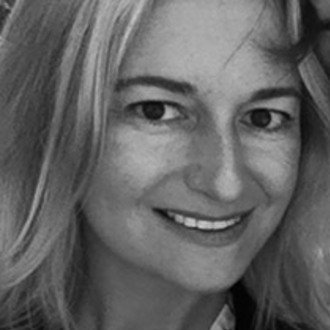 Nell Benjamin
Lyricist
Get Alerts Alerts On Alerts Off 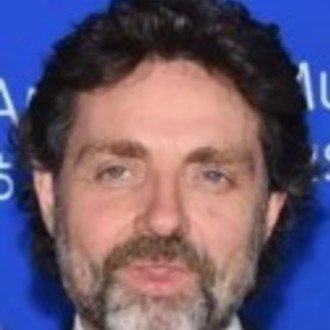 Jeff Richmond
Composer
Get Alerts Alerts On Alerts Off

Casey Nicholaw
Director
Get Alerts Alerts On Alerts Off 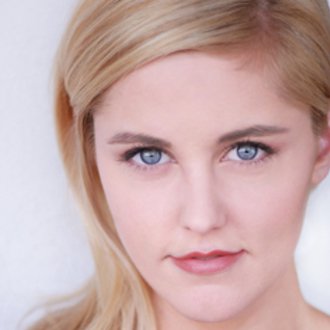 Taylor Louderman
Regina George
Get Alerts Alerts On Alerts Off 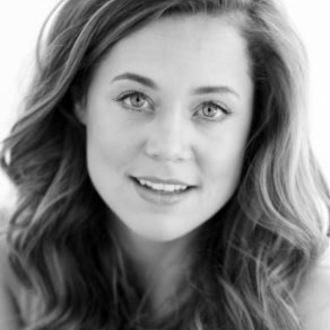 Erika Henningsen
Cady Heron
Get Alerts Alerts On Alerts Off 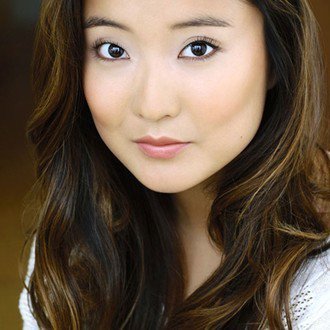 Ashley Park
Gretchen Wieners
Get Alerts Alerts On Alerts Off