Here are the 10 Fun Facts About the Radio City Rockettes 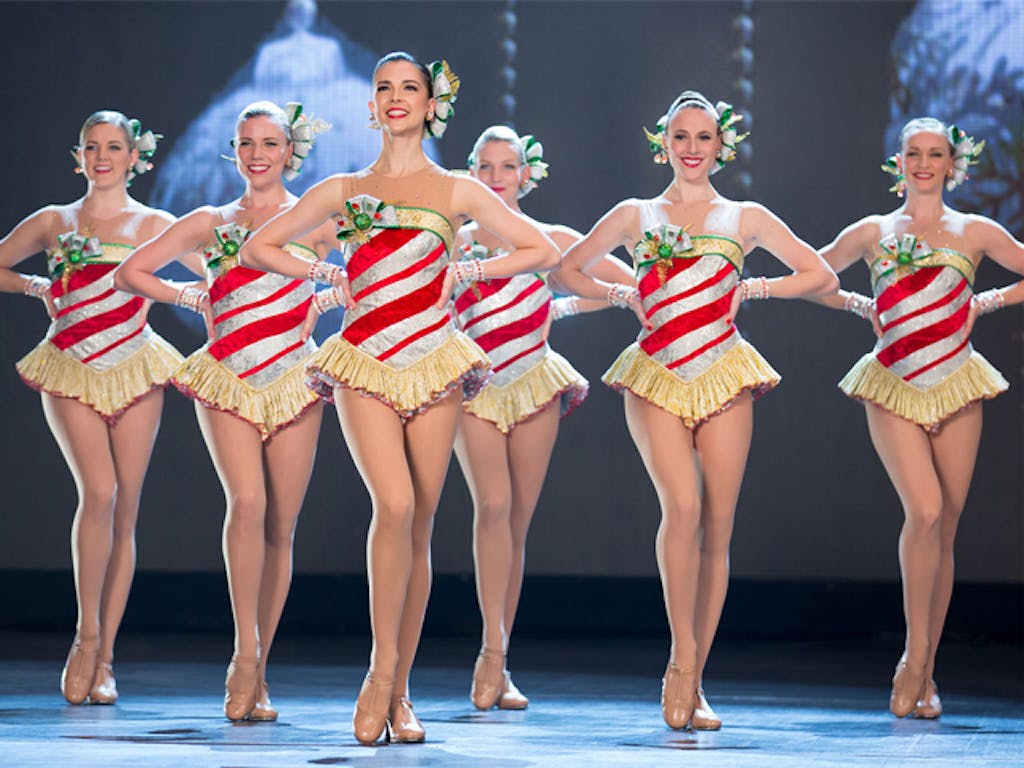 It's that time of the year again! Radio City Music Hall's famed precision kickline of festive dancers are back onstage for the "Christmas Spectacular Starring the Radio City Rockettes," which runs through Jan. 1. Whether you're celebrating at the quintessential New York show with your family or friends, here are ten fun facts you probably didn't know about the women of Radio City — including some new additions for this year!

Get tickets to the "Christmas Spectacular Starring the Radio City Rockettes."

They weren't originally called The Rockettes.
The troupe launched in Missouri in 1925 and were called the "Missouri Rockets," and later that year, they performed in New York in a show directed by S.L. "Roxy" Rothafel. The director called them the "Roxyettes" when the opened at Radio City in 1932, and two years later, they adopted the name the Radio City Rockettes.

All dancers need to be between 5'6'' and 5'10.5'' tall.
While it might look like their heights are uniform, they all fall within that range. To make it look like they're all the same height, the taller dancers are in the center and the shorter dancers taper out toward the end.

There are 80 Rockettes total.
But there are two casts — 40 for the afternoon and 40 for the evening. However, only 36 dancers are onstage at a time.

They do their own hair and makeup.
A french twist, red lip, and eyelashes are the dancers' signature style. And if you want to follow their style influence, their red lipstick is MAC Red or MAC Russian Red.

Even their shoes have microphones.
To really hear those tap dancing for "12 Days of Christmas" and "Rag Dolls," all the shoes are mic'ed.

There are more than 160 high kicks per show.
And one Rockette can kick up to 650 times a day. (That's four shows!)

There are more than 1,100 costumes and pairs of shoes.
Including the ensemble and the singers, the cast wears a lot of clothes. In case you were wondering, that's more than 350 loads of laundry a week.

It's in 3-D.
Grab a pair of 3-D glasses because when Santa flies over the audience, there's state of the art 3-D technology. Over 1 million pairs of 3-D glasses are handed out each year.