In an industry full of beautiful people, these hotties take the cake. The best part? You can catch them on Broadway TONIGHT! 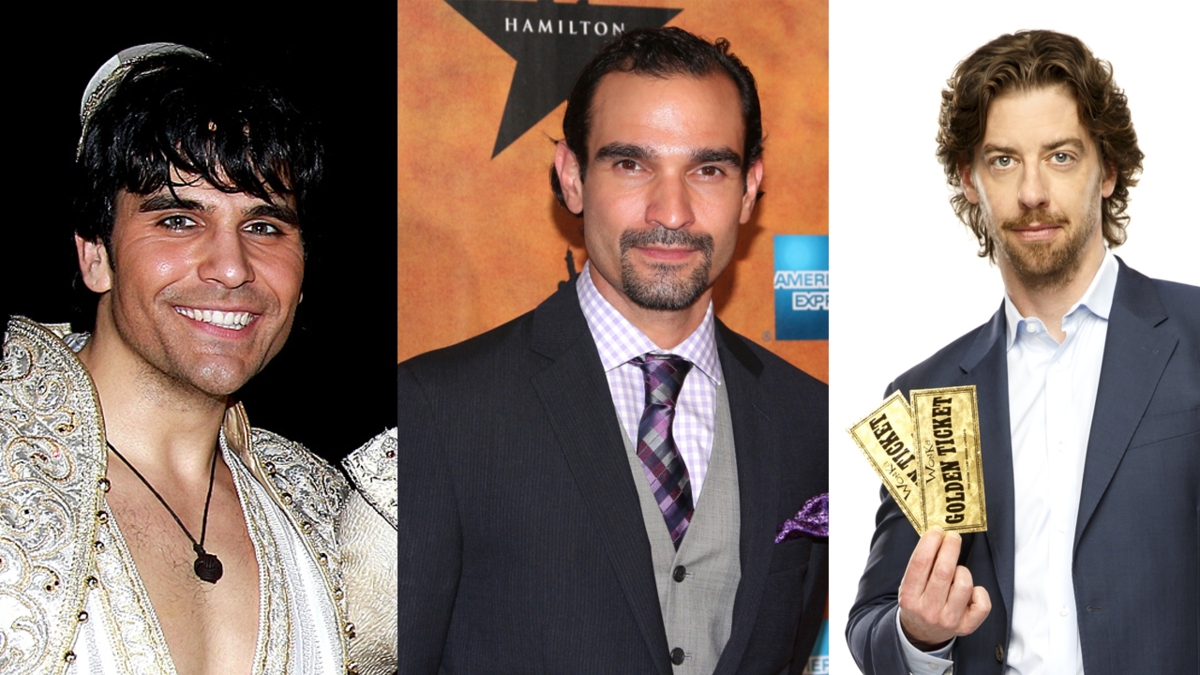 We've had a thing for Adam Pascal since his days as tortured soul Roger in "Rent". Now he's rocking the codpiece look as William Shakespeare in "Something Rotten!", and our crush is bigger than ever!

If you want to catch Adam onstage, time is running out, but Show-Score has you covered with an amazing ticket deal through December 23rd.

Remember when Jordan Fisher sang "Those Magic Changes" in "Grease: Live!" and everyone was thinking, "Damn Doody!"? Well, "Hamilton" snatched him up, increasing our desperation to win the ticket lottery.

As it says in the first song of "Natasha, Pierre & The Great Comet of 1812": Anatole is hot. No wonder they found Lucas Steele to play him. Natasha is smitten, and so are we.

Let's just say there is a reason his nickname is the "sexy Hamilton."

We appreciate a man who can make us laugh, and Christian Borle has a knack for just that. Those glorious arms that stole the show in "Peter Pan Live!" also help.

We can't really blame Jenna for having an affair with Drew Gehling's character in"Waitress". Big ears, boyish grin and awkward charm gets us every time.

When Corbin Bleu tap dances in "Holiday Inn", we swoon. "Wait until you get a load of my dancing," is right.

How could someone named Steel not grow up to be a heartthrob? The show is called "Aladdin", but when his friend Kassim is on the stage, we know who we're watching.

Elphaba might be the one with magic powers, but the latest Fiyero in "Wicked" can cast a love spell with his eyes.

In addition to being gorgeous, Telly Leung has a beautiful voice and right now in "In Transit", we get to experience it him in all his glory.

Whether he is playing an ad man on "Mad Men" or a newspaper reporter in the revival of "The Front Page", one thing is for sure, John Slattery is a silver fox.